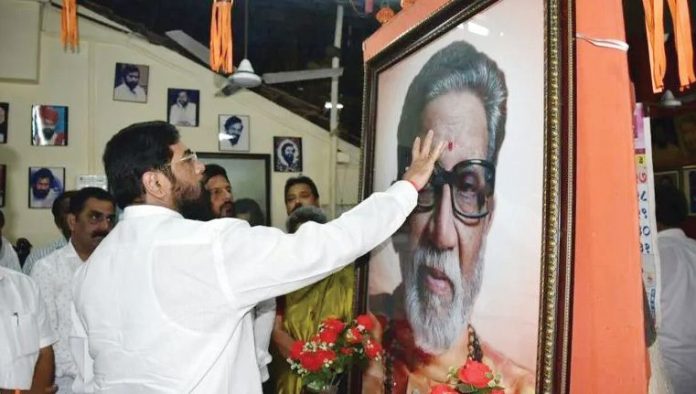 The so-called “internal matter” of the Shiv Sena ended the coalition and ousted Uddhav Thackeray from the Chief Minister’s post. But what had been happening that led to the build-up to this level? Was it just the BJP’s manipulations? In war, as in politics, the rival force always looks for the weak spots to strike. Taking on the strongest walls of the fort makes little strategic sense. Hence there were weak links within the Sena.

Even Sharad Pawar, the NCP supermo and the so-called Strong Man of Maharashtra, had realised that Eknath Shinde was unhappy with the way he felt he was marginalised within his party. Shinde has said that Uddhav would not even pick up his calls and would not bother to meet him. This Shinde took as an insult and he has said it aloud as well.

Hence, the alleged style of functioning of Uddhav Thackeray left much to be desired. Let us be frank. Maybe Uddhav is leading a party that lionised Balasaheb. That does not transform Uddhav into Balasaheb II.

Of course, this ‘insult’ was a weak point that the BJP was waiting for. The BJP of Prime Minster Narendra Modi, aided by Home Minister Amit Shah, neither forgets nor forgives. It remembered the ‘betrayal’ when the BJP failed to foist its own government after the 2019 assembly elections. Now the day has come. It took a while, but the BJP has succeeded, aided by some wily machinations and money by Devendra Fadnavis.Remember, that the 2019 elections were fought by the BJP and the Shiv Sena jointly. And truth be told, the BJP did emerge as the single largest party, with 106 seats. The Shiv Sena got 56. Together, they could have easily formed government (they had 162 in an assembly of 288). Then came the critical issue of the Chief Minister’s post. The Sena wanted a sharing agreement – two and-a-half years for each party – and the BJP said no.

That drama went on for almost a month till, at the end of November 2019, the Shiv Sena decided to form the government with Sharad Pawar’s NCP and Congress. Uddhav Thackeray became the Chief Minister and Shard Pawar played the role of political godfather.

Power in the country’s financial capital was not something the BJP wanted to lose again, this time to somebody who the BJP believed were natural allies. The BJP began to look for the weak links.

Uddhav’s working style
It has been said that Uddhav Thackeray’s style of working has not been liked. He is more bureaucratic than political, equally inaccessible to his own ministers and those from other parties. Some pointed out that Uddhav forgot that he was not heading a political party but a coalition government.

Confrontationist
Having got power, Uddhav should have tried to break the ice with the BJP and developed a working relationship. This way not only would he have gotten help, but would have been able to observe his ‘enemy’ from closer quarters.

Remember that the fact that the BJP was in power at the centre meant it had the ability to use national agencies, such as the CBI, the NIA, ED, the NCB, and others to intimidate MLAs and this (apart from money) would have initiated defections.

Two ministers, Anil Deshmukh and Nawab Malik, are in jail; a third Anil Parab, who has been interrogated by the Enforcement Directorate this week, is likely to be arrested. And NCP’s Sanjay Raut has already been called up by the ED.

Distance with the babus
It has been alleged that the bureaucracy is Maharashtra had not been tamed. That is bad preparation in one sense and a great thing on the other. Every state government in India (except in Delhi, where it is not possible) takes full control of the bureaucracy and the police. These end up as important ammunition for the government. Uddhav gave the bureaucrats full power and clearly said that he would be handling the political fallout and the babus need not worry about that. That can be called astute statesmanship.

This was what allowed the state to handle the Covis crisis so well.

However, not taming the babus had other fallouts. It has been said that classified information reached Devendra Fadnavis’ table faster than it reached the Chief Minister’s office. Investigations against senior cops in Mumbai created a trust deficit and the perception that the bureaucracy and government are at cross-purposes.

No lessons learnt
The Maharashtra government should have learnt from the fall of Opposition governments in Karnataka and MP. They should have been more watchful, and should have taken care, because the centre would use every agency and opportunity to destabilize the government.

Warning signals were not heeded.