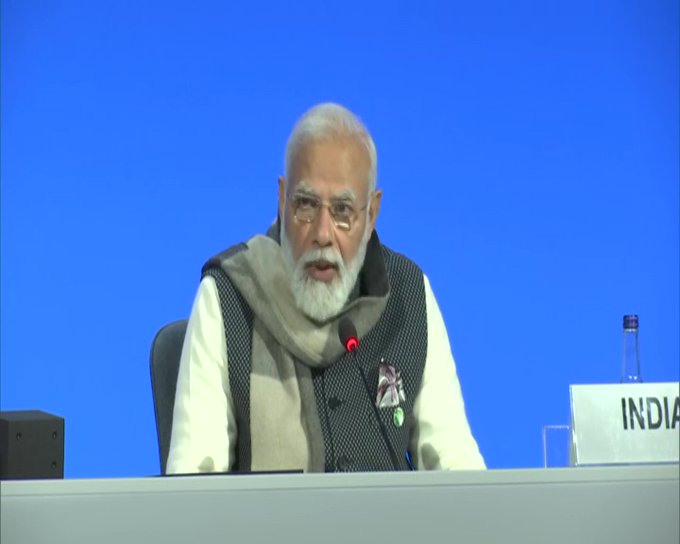 Having pledged that India will make its emissions net zero by 2070, Prime Minister Narendra Modi on Tuesday also proposed that ‘One Sun, One World & One Grid’ solution for nations accessing solar energy. This was announced at the COP26 Summit in Glasgow.

The PM said: “Solar energy is totally clean & sustainable. Challenge is that this energy is only available during daytime and dependent on weather. ‘One Sun, One World & One Grid’ is solution to this problem.” While speaking at a session, he also said that this was a probable solution to bypass the issues of availability of solar energy during night and during inclement weather.

He said: “The challenge is that this energy is only available during daytime and dependent on the weather… Through a worldwide grid, clean energy can be transmitted to anywhere and anytime.”

On the sidelines of this world Summit, PM Modi also held bilateral talks with his Nepalese and Israeli counterparts. He also met Microsoft co-founder and billionaire philanthropist Bill Gates and discussed ways to further sustainable development and steps to mitigate climate change.

Meanwhile, leaders at the COP26 global climate conference in Glasgow have pledged to stop deforestation by the end of the decade and slash emissions of the potent greenhouse gas methane to help slow climate change.