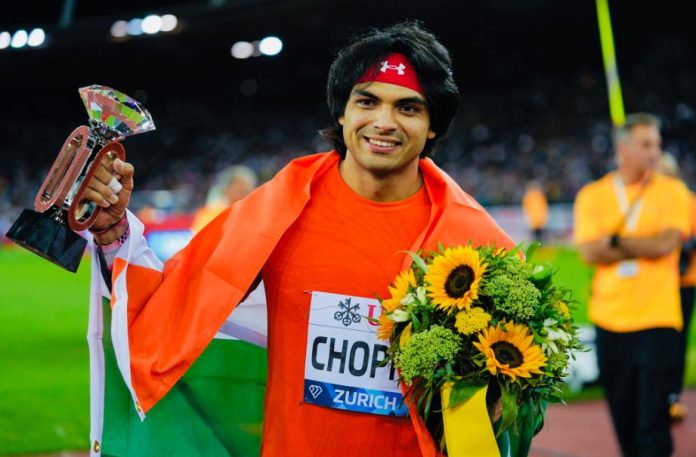 Tokyo Olympics javelin throw champion Neeraj Chopra has added another feather to his cap. He became the first Indian to win the Zurich Diamond League Final 2022 in Switzerland on September 8. His trophy and League title came thorugh is second throw, measuring at 88.44m.Competing under overcast conditions, Neeraj Chopra overstepped and fouled in his first try of the night at the Letzigrund Stadium. He followed up his first two throws with 88.00m in his third attempt. He recorded 86.11 in his fourth attempt, and 87.00m in his fifth. His last throw measured 83.60m.

At the 2017 Diamond League Final, Neeraj Chopra finished seventh with an 83.80m throw among eight finalists. The Indian javelin thrower improved the following year and came in fourth with an 85.73m effort.

Suella Braverman, 42, is a Conservative Party MP elected from Fareham in south-east England who served as the attorney general in the Boris Johnson government.

The Cambridge University law graduate married Rael Braverman in 2018 and her maternity leave famously brought about an overdue legal change last year to allow her to remain a Cabinet minister while away to give birth to their second child.

Austria’s diplomat is UN High Commissioner for Human Rights
United Nations Secretary-General Antonio Guterres appointed Volker Turk as the High Commissioner for Human Rights on September 8. This has been approved by the General Assembly. Volker Turk is 57 years old and spent most of his career within the UN system. He has worked closely with Secretary-General Antonio Guterres focusing particularly on refugees. Presently he was serving as assistant Secretary General for policy.

Volker will be succeeding Michelle Bachelet of Chile as High Commissioner. Currently, he is coordinating the global policy work as an Under-Secretary-General in the Executive Office of the United Nations. “Deeply honored to be appointed @UN High Commissioner for Human Rights,” Turk wrote in his tweet.

Subramanian, who is currently a Finance Professor at the Indian School of Business, will replace Surjit S. Bhalla who was appointed to the role in 2019.

Hindi writer Dr.Asghar Wajahat awarded with 31st Vyas Samman
The 31st Vyas Samman was recently conferred on well-known Hindi writer Dr Asghar Wajahat at a function in New Delhi. Dr Wajahat has been chosen for the prestigious award for his play Mahabali. In his play Mahabali, Dr Wajahat focuses on Mughal emperor Akbar and poet Tulsidas. Through the play, he attempts to answer who is the real Mahabali, the poet or the emperor.

The Vyas Samman is given by K K Birla Foundation for an outstanding literary work in Hindi authored by an Indian citizen published during the last 10 years. It carries an award of Rs 4 lakh, along with a citation and plaque.