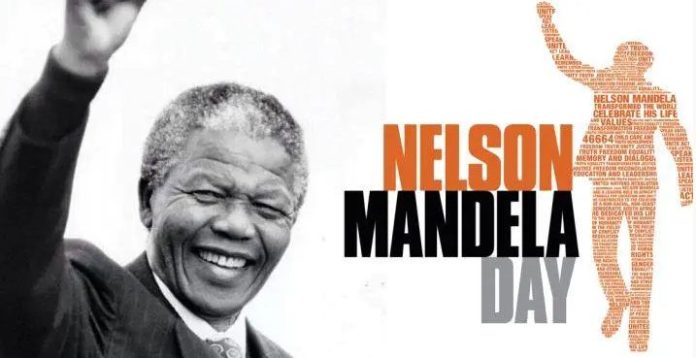 The 18th of July is celebrated as the Nelson Mandela International Day every year. The United Nations in a statement said that the day offers a moment for all to renew with the values that inspired Nelson Mandela. A deep commitment to justice, human rights and fundamental freedoms. Speaking on the occasion, Secretary General of the UN, Mr. Antonio Guterres paid tribute to the extraordinary man who he said embodied the highest aspirations of the United Nations and the human family.

To commemorate the life of the Freedom Fighter who’s struggle paralleled that of Mahatma Gandhi in so many ways, we bring you an excerpt from Madiba’s Speech delivered in Delhi in 1995, from the Doordarshan Archives.

The day was officially set by the United Nations in November 2009, with the first observance of Mandela Day held on July 18, 2010.

Nelson Mandela International Day shines a light every year on the legacy of a man whose monumental achievements changed the 20th century and shaped the 21st. His values and determination — a deep commitment to human rights, freedom, and justice — are reflected on, and are a source of inspiration for others. Mandela advocated for the rightful dignity and equality of every living person, and encouraged engagement and solidarity across all borders. His relentless pursuit for equality was paralleled with his status as the founding father of peace in South Africa.