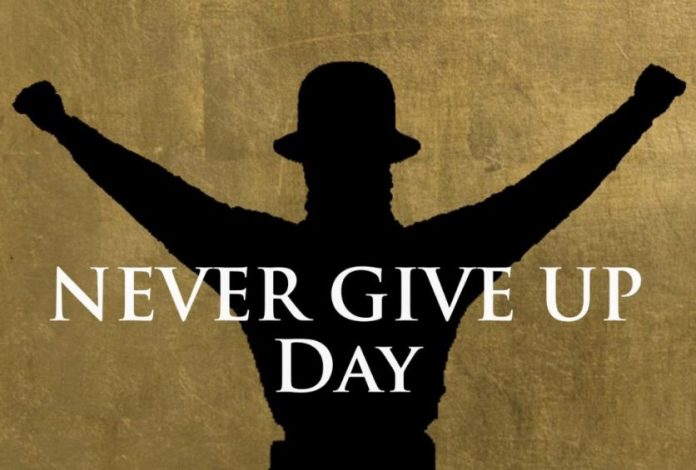 On August 18th We Celebrate Never Give Up Day. This Day Is All About Cultivating A Mindset Of Determination.

Never Give Up day had to take place in the full swing of the summer vacation, when everyone crossed paths, met, celebrated and enjoyed life.

The fact that the right mindset can bring extraordinary results and make one go beyond one’s potential, has been well known to humans for thousands of years.

This is the reason Plato in the fourth century mentioned that “reason is in the head, but courage is in the chest and appetite in the abdomen” Ancient Greeks believed that the body’s “desires, pleasures, and pains” were the key components in motivation in humans.

René Descartes, during the Renaissance period, made a distinction between active and inactive components of motivation and states that will power be must be the number one driving force behind motivation.