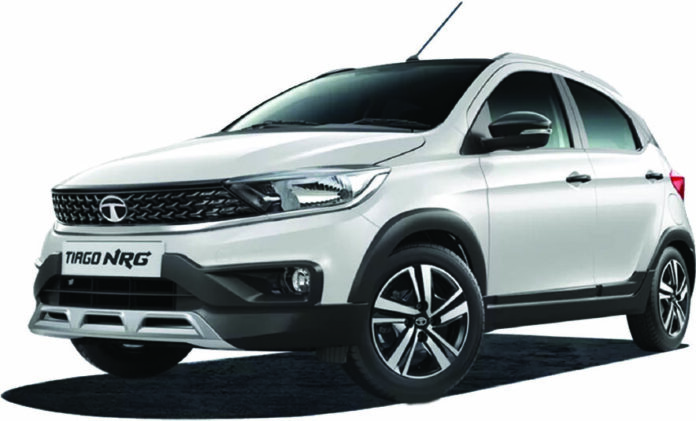 One sign that the Coronavirus is receding across the country is the pickup is car sales. Following a massive slump in sales during the lockdown period, the automobile industry had been in the doldrums, though, thankfully, no many jobs had been lost. The government’s recent tilt towards a massive build-up in infrastructure, including roads and other facilities has added to the sales, as has the non-spike of interest rates in car loans.

We will deal with the emerging EV sector in some other issue, but now let us tell you about what are the new launches expected in the coming festive season.
What you can expect to get are new models, alongside upgraded models of existing brands.

From the house of Tatas (Tata Motors) will come the Tata Tiago NRG already launched. It looks pretty much like the Tiago, but it is actually a crossover derivative of the model. There will subtle changes in the model, which you can easily notice, and there are SUV similarities in the facelift, such as wheel arch and side body cladding, along with revised bumpers replete with faux skid plates and cladding. This will be available in the fully-loaded Tiago XZ+ version. Power will be the same: 1.2-litre naturally aspirated petrol engine and transmission will be through (specific to model) both manual and AMT gearbox options.

Honda Amaze
Honda has also gone in for a facelift of its very popular Amaze facelift, already launched.
While the original Amaze design was pretty cool, Honda did not sit on its laurels and started tweaking with the design since 2018. Now there is another facelift for its compact sedan. There will be cosmetic changes, plus a revised equipment list. The engine will not see any change, though, at 1.2-litre petrol and 1.5-litre diesel.

Force Gurkha
Launched end-August
Force Motors has actually become a force to reckon with in the Indian motoring scenario, providing performance and competitive prices. The Gurkha, a high performance off roader-cum jeep-style action model SUV was originally displayed in 2020 at the Auto Expo. Then, as the pandemic hit the country and as lockdowns ensued the actual launch was delayed. Looks wise, the new Gurkha is similar to the previous model, but it actually is all-new. It has a sturdy ladder frame chassis and the cabin has received upgrades. Now it feels more upmarket, despite retaining the genes of its earlier utilitarian predecessor. There will be the 4×4 and 4×2 versions of the SUV. On all fours, the SUV will have locking differentials and low range. The engine is the usual 2.6-litre diesel good for 90hp and 260Nm. Gearbox is 5-speed manual.

Jaguar F-Pace SVR
This comes into the market in September
From the utilitarian Indian model SUV to a high-end British SUV. The F-Pace has been around for a while, but now it has received a facelift. These upgrades of the F-Pace SVR were announced in June, but the on road India price has been kept under wraps. As we all know, this is a high-performance SUV, comparable to the best in the world. It has a 550hp, 5.0-litre supercharged V8, and this power-up makes it among the top marvel machines that can be bought. In India this will, so far, be the most powerful on the market. Whether Indian roads and pockets be wiling takers, is to be seen. The cosmetic upgrades on the SVR include slimmer headlamps, a larger grille and revised tail-lamps, along with a heavily revised cabin and updated Pivi Pro infotainment system.
Jaguar also says the SUV’s suspension and brakes have been tweaked for improved dynamics and feel.

Volkswagen Taigun
Launch expected in September. Volkswagen’s first issue in India had not been too good, though its sister concerns, such as Skoda and Audi etc. had had a good run. This is Volkswagen 2.0 for India and Taigun is the first offering in its second avatar.
Taigun is the sister model to the Skoda Kushaq and marks VW’s entry into the competitive midsize SUV space. While the two SUVs – Skoda Kushaq and Taigun – share cosmetic bits like the doors, roof and glasshouse, there is a big difference in Taigun’s front and rear end. That will stop talk about cross-branding.
The cabin too has been tweaked to stand out from the Kushaq. The engine will be the same, though, with a pair of turbo-petrol engines set to be offered.

Maruti Suzuki Swift CNG and Dzire CNG
Maruti Suzuki Swift and Desire have been the highest selling models of the company since they were launched. As of now, the Desire has been mostly used as a commercial vehicle – with Uber and OIa goig all out – though the Swift has seen a slide, compared to other competing models available in the market. Hence, it was only expected that CNG models of these would be put out by the company.
The cars have also been upgraded to BS6 emission standards, while also introducing a new, more powerful 90hp 1.2-litre petrol engine.

Tata Tiago CNG and Tigor CNG
Not to be left out of the competition, Tata Motors has also come out with CNG versions of its popular models. These factory-fitted changes are expected to see these cars, one a hatchback and the other a sedan, give good compeititon to market leaders Maruti Suzuki.

These also have BS6 emission standards. Currently they are petrol-only models. The engine is the same for both, 86hp 1.2-litre naturally aspirated three-cylinder.