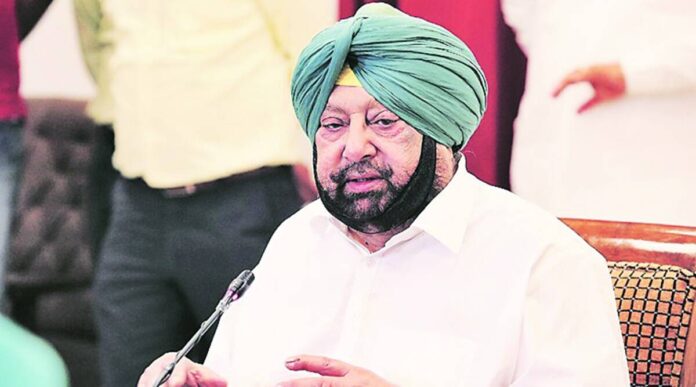 The latest announcement from former Punjab Chief Minister and senior Congress leader Captain Amarinder Singh has come on expected lines. He has said that he will launch a new party and that this party is likely to ally with the BJP and the Shiromoni Akali Dal (SAD). What this party, therefore, will try and do is rebuild the BJP-SAD bridge that the latter had broken when it moved out of the NDA. The BJP’s presence in Punjab is nominal, and it needs the SAD to create a space for themselves, possibly before the 2022 elections that are knocking at the door.

As if on cue, the BJP has welcomed the announcement, calling Amarinder “the tallest leader of Punjab”. This seems a pre-deal announcement, because Sukhdev Singh Dhindsa, president of the Shiromani Akali Dal (Sanyukt), has said that Amarinder hasn’t approached the party yet.

It is only fair to assume that Amarinder will have had extensive discussions, already, with SAD, with only the formality of signing on the dotted line left to be completed. For that, though Amarinder needs to put in place his party. And he has to do this quickly, to be able to gain benefits from the elections scheduled early next year.

At this point, Amarinder has only been “thinking aloud”, so to say, having made these “announcements” on Twitter. Tweeting from Delhi, where he is stationed now, he said: “The battle for Punjab’s future is on. Will soon announce the launch of my own political party to serve the interests of Punjab & its people, including our farmers who’ve been fighting for their survival for over a year.”

He added: “Hopeful of a seat arrangement with @BJP4India in 2022 Punjab Assembly polls if #FarmersProtest is resolved in farmers’ interest. Also looking at alliance with like-minded parties such as breakaway Akali groups, particularly Dhindsa & Brahmpura factions.”

Technically, there is no surprise in that, and the Congress should not sound surprised or alarmed. This was bound to happen, after what Navjot Singh Sidhu and the Rahul GandhiPriyanka Vadra combo did recently.

Also, how this will be seen by the Congress’ Group of 23 (the rebels), who have now forced CWC elections, albeit pretty late. There are opportunities everywhere and Congress has to be careful how it shapes its future plans, especially at a time when preparations for the assembly polls are on in full swing. On their part, Congress is trying backdoor channels, to try and hold on to Amarinder’s MP wife Preneet Kaur, so that she too does not quit the party.

Pargat Singh, Punjab cabinet minister and a Sidhuh fan has said: “The cat is out of the bag. I have always been saying that he (Amarinder) was in cahoots with the BJP and SAD. His quid pro quo with the BJP is out in the open. Soon his (arrangement) with SAD will be out also.” That comment means little for the Congress, though.

Meanwhile, there have already been problems within SAD. Dhindsa had been expelled from SAD in February last year. Reacting to that he had formed the SAD (Sanyukt) along with Ranjit Singh Brahmpura, another breakaway Akali leader. One has to see how this entire arrangement pans out.