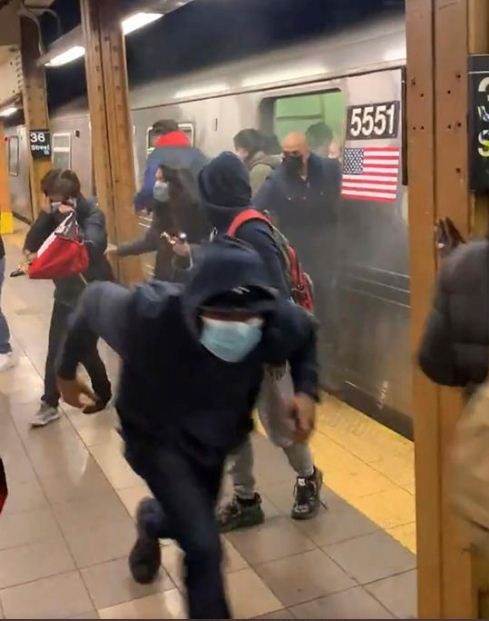 At least 23 people were injured and officials have said that at least 10 people have been shot when an unidentified gunman opened fire at a subway station in New York. The Federal Bureau of Investigation is investigating the case with the New York Police Department.

A gunman in a gas mask and an orange construction vest set off a smoke grenade and fired a barrage of at least 33 bullets in a rush-hour subway train at around 8.30am local time. Police were scouring the city for the shooter and trying to track down the renter of a van possibly connected to the violence.

The train was halted at Brooklyn station and passengers rushed out in fear. Some of the injuries were also because of the stampede.

Of the ten hit directly by gunfire, five are in hospital in critical but stable condition, authorities said. Police said 13 more people suffered from smoke inhalation or were otherwise injured in the chaos as panicked riders fled the smoke-filled subway car. All of the victims were expected to survive their injuries, police said.

Police later said they were looking for 62-year-old Frank R James as a ‘person of interest’ in relation to the attack, saying he had addresses in Philadelphia and Wisconsin. He was traced through a set of keys for a hire van that were found in the aftermath of the shooting.