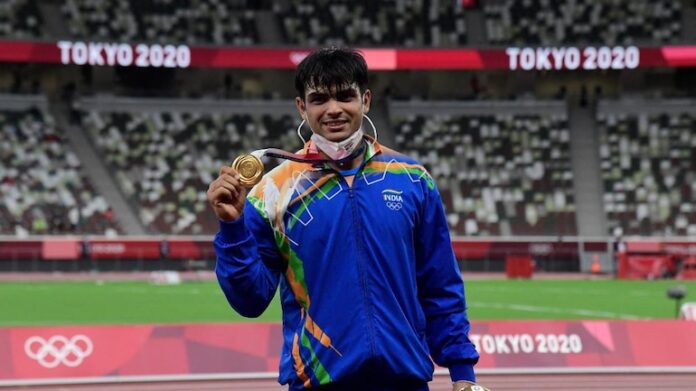 Just like the Hollywood Walk of Fame in Los Angeles, where golden stars are placed on the footpath, bearing top actors’ names, India will have an Olympic Walk of Fame in New Delhi.

This walks will be to celebrate India’s successes at the Olympics and the Paralympics 2021 and to honour the champions. It will be constructed by the Public Works Department (PWD).

It will be nearly a kilometre long stretch in the northern part of the city and will boast statues of superstars, such as gold medallist Neeraj Chopra, silver medallists PV Sindhu and Ravi Dahiya and others. It will be called the Olympics Vithi or Olympics Boulevard.

The project is being undertaken by Delhi Chief Minster Arvind Kejriwal’s street-scaping project.

The statues are expected to be 15 to 20 feet in height with 2-3mm thick metal sheets, integrated with a lighting system for aesthetics.

The Delhi government is also said to be looking at this as a way to inspire the youth from the region to take up more and more sports.

The government also has the aim to inspire the youth of India to take up sports as a vocation and as a habit to stay fit.

The stretch will not just have statues. It will have e fully sporting look, with a synthetic fibre cycle track, open gyms with cross trainers, squat pushing, bicycle and other equipment. It will also have a children’s play area with multi-play equipment for children such as creepy crawly climber, hexa-climber, swing, see-saw and others.

The roads will also undergo special development with changes in the footpaths and other areas. Apart from the sportinhg angle, it also aims to provide safe travel for pedestrians.

The statues are expected to be 15 to 20 feet in height with 2-3mm thick metal sheets, integrated with a lighting system for aesthetics

A PWD official has been reported as saying: “Currently, the road is uneven with poor geometry and bottlenecks. Under this streetscaping project, all these bottlenecks will be removed and the stretch will be made safer for pedestrians and it will also help reduce the accidents. The cycle track will be used for the residents of the neighbouring colonies for cycling as well as workers commuting to work.”

Another official was quoted as saying: “The stretch has ample space so we are utilizing the areas to create a safe path as well as a playing and work out area for the youth and children.

It will also have four-seater benches where people can sit and play carom, ludo and chess. There will be separate parking, toilets, kiosks, water ATM and foot trucks where people residing in the nearby areas as well as commuters can enjoy the view and learn about our Olympic champions and get knowledge from the information kiosks.”

The project will cost approximately Rs 19.30 crore, of which Rs 13.28 crore is for construction work, Rs 3.8 crore electrical and Rs 2.15 crore for horticulture development work. Work is expected to start March-April and completed by August.