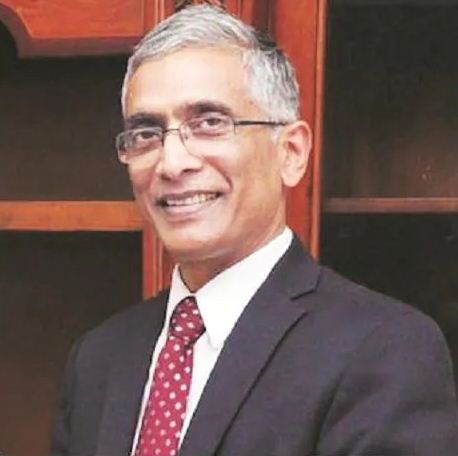 Parameswaran Iyer, a 1981-batch IAS officer of the Uttar Pradesh cadre, was appointed as the new Chief Executive Officer (CEO) of NITI Aayog on June 24. According to the Department of Personnel and Training, he will hold office for a period of two years. Iyer comes in place of Amitabh Kant, whose tenure ended on June 30. Iyer’s appointment has been made on the same terms and conditions as were applicable for Kant.

Iyer is a well-known sanitation specialist. He had resigned from the post of Drinking Water and Sanitation Secretary in July last year. He had taken voluntary retirement from the Indian Administrative Service in 2009. He had also worked as a senior rural water sanitation specialist at the United Nations.

Ruchira Kamboj named Permanent Representative of India to the UN
Ruchira Kamboj, a career diplomat with expertise in multilateral organisations, was named India’s next permanent representative to the United Nations in New York on June 21.

Kamboj, an officer of the 1987 batch of the Indian Foreign Service, was ambassador to Bhutan and when this was announced by the external affairs ministry.

She has succeeded TS Tirumurti, who was given a three-month extension in service after his retirement in March in view of his key role in dealing with the fallout of the Ukraine crisis at the UN Security Council. India is in the second year of a two-year term as a non- permanent member of the Security Council.

She served as undersecretary in the Europe West division during 1991-96, dealing with France, the UK, BENELUX countries, Italy, Spain and Portugal, and also handling the relationship with the Commonwealth.

The 12-member advisory committee was appointed by the CoA to oversee the day-to-day matters of various departments of the AIFF. The advisory committee will send regular reports to all the members of the CoA for their information and approvals, if required.

Bajaj, who owned former I-League club Minerva Punjab before it was sold to RoundGlass in 2020, will be the chairman of the advisory committee and integrity matters.

The CoA took charge of the AIFF last month after the Supreme Court removed the Praful Patel-led office bearers for not holding elections on time. Patel had exceeded his tenure of 12 years as AIFF chief.

Lisa Sthalekar to head world women’s cricket body
Former Australia cricketer Lisa Sthalekar has become the first female president of FICA, the sport’s international player’s association. Her appointment was made at a meeting of the organisation’s executive committee in Switzerland, the first in-person meeting since the start of the Covid pandemic.

Sthalekar joins a shortlist of former cricketers including Barry Richards, Jimmy Adams and Vikram Solanki to have held the post of FICA president.

“I’m extremely honoured and excited to be FICA’s new president,” she said. “We are entering a new phase of the game which covers more cricket than ever before for our male and female players. More countries are playing the game which demonstrates that cricket is certainly becoming a global game.

Sthalekar played 8 Tests, 125 ODIs and 54 T20Is for Australia between 2001 and 2013, finishing her career with a World Cup win. Last year, she was inducted into the Australian cricket hall of fame and has been a regular member of the broadcasting media around the world. She has also worked with the Australian Cricketers’ Association and has experience in player welfare.

“The president wishes the new PM utmost success as he leads the government’s ambitious reform agenda and calls on Somali people to render him their unwavering support,” the presidency has said on Twitter.

The 48-year-old MP from the southern state of Jubaland replaces Mohamed Hussein Roble. “I am very happy that I have your confidence Mr President, and this shows that you believe I can be trusted with this huge task,” Barre told a joint news conference, promising “to work day and night” at the job.