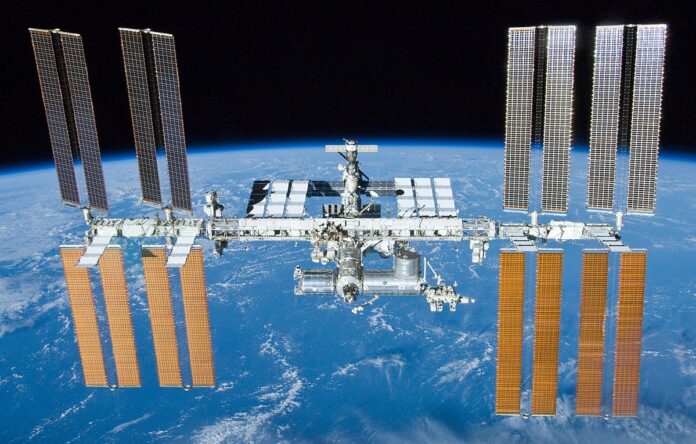 Parking is a problem all around the world. And poor drivers tend to exacerbate those problems for others. That is a well-known and much reviled truism on Earth. Now this parking problem has reached space. When a newly arrived Russian research module docked with the International Space Station (ISS), the astronauts went over into the station for a well deserved rest.

It was first thought that maybe somebody forgot to switch off the engines, and the jet thrusters suddenly fired a few hours after the docking, not only spoiling the astronauts’ lunch, maybe, but also briefly throwing the entire Space Station thrown out of control. What a mess. Later, it was found that some Earth-bound backseat driving was the cause.

Reporting this, NASA officials said that the seven crew members on the ISS – two Russians, three NASA astronauts, a Japanese astronaut and a European Space Agency astronaut from France – were reportedly safe, and not in any immediate danger.
NASA, of course, clarified that this was a simple malfunction of the module. However, NASA wasn’t taking any risks and postponed its planned launch of Boeing’s new CST-100 Starliner capsule on a highly anticipated crew-less test flight to the space station. An Atlas V rocket was supposed to launch the Starliner into space from the Kennedy Space Center in Florida on its journey to the ISS.

What happened, possibly, was a remote tinkering with the engine. One must have faith in the drivers. Instead, it is reported that three hours after the multipurpose Nauka module docked with the ISS mission controllers in Moscow were performing some post-docking “reconfiguration” procedures. And, voila, the jet thrusters fired. The astronauts should thank their lucky stars that the module did not float away. Uber isn’t available there as yet, and neither Jeff Bezos, nor Richard Branzon would have been interested to do a rescue mission unless somebody paid for it.The ISS hangs just about 250 miles above the Earth.
It was reported that the unexpected drift in the station’s orientation was first detected by automated ground sensors, followed 15 minutes later by a “loss of attitude control”. We shall not tolerate bad attitude, alongside bad parking skills.