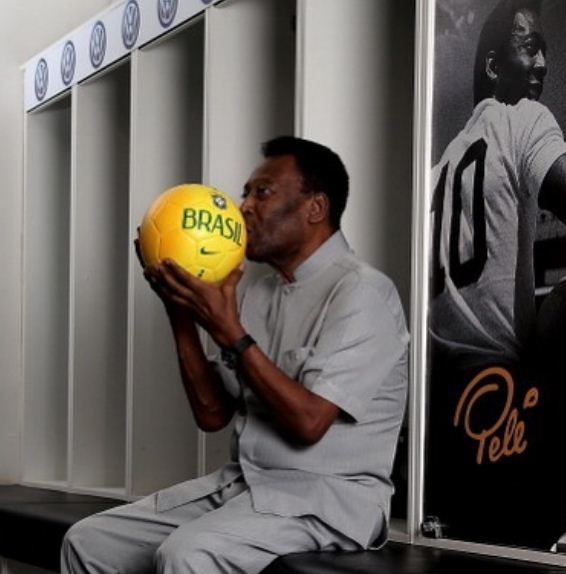 The world has lost its last great of football. There are new ones Lionel Messi and Christianio Ronaldo but one can safely say that, with the passing away of Pele, the world has lost one its best.

Debates do continue (the other contestant being Diego Armando Maradona), but Edson Arantes do Nascimento, Pele in short, was unique. He died of colon cancer on December 29. He was 82.

Pele had undergone treatment for colon cancer since 2021. He had been hospitalized for the last month with multiple ailments. Pelé spent nearly two decades enchanting fans and dazzling opponents as the game’s most prolific scorer with Brazilian club Santos and the Brazil national team. Pelé, who had a colon tumour removed in 2021, was readmitted to Albert Einstein hospital in São Paulo in November amid deteriorating health.

After reports he was receiving end-of-life care, Pelé said he felt “strong, with a lot of hope” in a social media post on December 3. A further statement from the hospital on December 21 reported that Pelé “requires further care related to renal and cardiac dysfunctions” after the “progression” of his colon cancer. Social media posts from his daughter Kely Nascimento showed that family members had gathered at the hospital to spend Christmas with him.

For more than 60 years, the name Pelé has been synonymous with soccer. He played in four World Cups and is the only player in history to win three, but his legacy stretched far beyond his trophy haul and remarkable goal-scoring record.

Tributes have been pouring in for the soccer legend. Pelé’s first club, Santos FC, responded to the news on Twitter with the words “eternal” shared next to an image of a crown.

Early life
Pelé was born Edson Arantes do Nascimento in Três Corações – in inland city roughly 155 miles northwest of Rio de Janeiro – in 1940, before his family moved to the city of Bauru in São Paulo. Though his father, João Ramos do Nascimento actually played professional soccer himself, it was not a career that provided much to the family in the way of money. Indeed, some anecdotes even suggest that Pelé’s family couldn’t afford to buy him a ball, such that he was forced to stuff socks in an attempt to create the shape of a ball, which he could then practice with.

The genesis of the nickname Pelé is unclear, even to the footballer. He once wrote in the British newspaper The Guardian that it likely started with school classmates teasing him for mangling the nickname of another player, Bilé. Whatever the origin, the moniker stuck.

When he first took up the game, his ambitions were modest. “My dad was a good football player, he scored a lot of goals,” Pelé told CNN in 2015. “His name was Dondinho; I wanted to be like him.

“He was famous in Brazil, in Minas Gerais. He was my role model. I always wanted to be like him, but what happened, to this day, only God can explain.”

Pelé continued to struggle financially during his adolescent years in São Paulo, working a variety of jobs to help his family, before finally discovering his true calling on the field. Under the instruction of his father and a former national team player named Waldemar de Brito, Pelé began to mature as a player with the Bauru Athletic Club juniors. It was there that de Brito recognized his ability and in turn recommended him for a trial with Santos FC.

It didn’t take long for the team’s management to realize what they had on their hands and so, in June of 1956 the club signed Pelé. It would be just three months later on September 7, 1956, when Pelé made his senior team debut for Santos FC against Corinthians in what turned out to be a 7-1 victory. Fittingly, the future star scored a goal in his first game.

As a teenager, Pelé left home and began training with Santos, scoring his first goal for the club side before his 16th birthday. He would go on to score 619 times over 638 appearances for the club, but it is his feats in the iconic yellow jersey of Brazil for which he is best remembered.

The young star
Pelé made his debut with Brazil’s senior side aged 16 years and nine months in a Roca Cup tie against Argentina at the Maracanã on  July 7, 1957.

He came on as a sub, replacing Santos team mate Emanuele Del Vecchio. He got on the scoresheet, cancelling out Ángel Labruna’s opener and in doing so, became the youngest goal scorer for the Brazil senior side – an achievement he still holds to this day.

Brazil played Argentina again a few days later and this time the young Pelé was in the starting XI. And once again he found the net as Brazil got their own back, beating their South American rivals 2-0 to lift the cup – his first piece of silverware. It was clear a star was born, from that moment, Pelé never looked back.

Pele made his international debut as a 16-year-old with a hat trick in the 1958 World Cup final. He later led the charge of arguably the greatest team the world has ever seen, Brazil’s world-dominating side of 1970. Pele was a member of Brazil’s golden generation. His teammates included Nilton Santos, Didi, Garrincha, and Jairzinho, all of whom were among the best players of the time.

Brazil’s joint all-time record scorer won three World Cups as a player, in 1958, 1962 and 1970, over a 14-year international career that included 77 goals in 92 appearances for his country.

Pelé has the World Cups greatest ever legacy, yet he was extremely unlucky in them.
1958 – missed the first 2 games through injury.
1962 – (at his peak) injured in second group game & missed the tournament.
1966 – missed 2nd group game (injured) & injured again in next game.
Nicknamed “the Black Pearl” and “the King”, Pelé was one of only three players to have scored in four World Cups.  Pelé scored 743 goals in 449 official games, as well as another 540 goals in 337 unofficial games. In total, he scored 1283 goals in 786 games, an average of 1.63 goals per game over a 20-year career.

A return
When 1970 – a World Cup year – rolled around, it was understood that Pelé had seen enough and was in fact set on retirement. Fortunately for football fans, he was convinced to give it one last go with Brazil who were heading to Mexico for the big tournament. It would be a decision that gave us a chance to witness arguably the greatest team ever in World Cup history.

During the tournament, Pelé contributed to Brazil’s eventual world championship win, with several key goals and assists. Indeed, he would be awarded the Golden Ball at the end of the tournament. For his part, Pelé would continue for one more year in the national team setup before finally saying goodbye in 1971.

Just a few years later in 1974, he would say goodbye to Brazilian football altogether following his 19th season with Santos. That, however, was not a goodbye to football in its entirety.

The others
Since Pelé’s retirement, every superstar of his generation has been compared to ‘’the king’, including Maradona, Sócrates, Zico, Platini, Ronaldo Nazário, Zidane, and Ronaldinho.

Each era has had ‘its’ candidate for Pelé. But perhaps no one has created a more interesting comparative debate than ‘the Pelé’ of this generation, Lionel Messi.

Pelé himself, with his humble character, said several times that “it is much more difficult” to play football today, and that during his time “they had more freedom.”