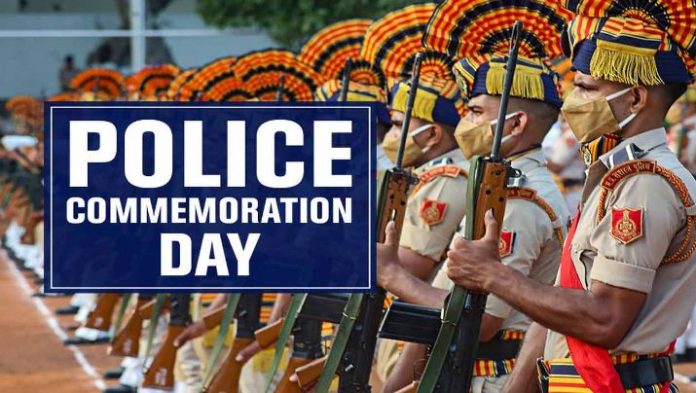 Every year, October 21 is observed as Police Commemoration Day. It is a day that is commemorated to honour the ten CRPF personnel who lost their lives in serving the nation from external tensions. The idea behind observing this day is to remember the sacrifices of those police officials in the line of duty. Events are organised to pay tribute to the soldiers who lost their lives in Ladakh on the Indo-China border.

In the year 1959, a lot of tensions arose between the borders of India and China. The time was October 21 when China opened fire on 20 soldiers in Ladakh, out of which 10 Indian soldiers were dead. The funeral of these policemen took place in eastern Ladakh. Since then, Police Commemoration Day is observed on October 21.

The day plays a significant role in honouring the spirits of police people and their family members. It is celebrated to pay respect to all those who sacrificed their lives.

On October 15, 2018, the first national police museum in India was inaugurated in Delhi by Prime Minister, Narendra Modi. The Intelligence Bureau and the Central Armed Police Forces (CAPF) are in charge of the museum.

Musk completes takeover of Twitter: ‘the bird is freed’