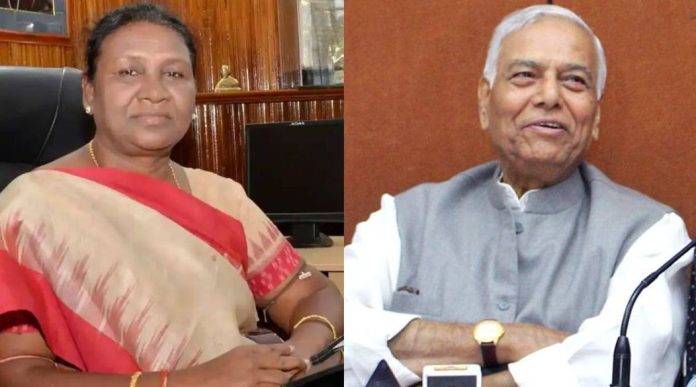 Polling in the Presidential elections ended on Monday (July 18) with over 99 per cent of the total 4,796 electors casting their votes at the Parliament House and the state legislative assemblies. As many as 10 states and the Union Territory of Puducherry recorded a 100 per cent turnout. The 15th President of India will be announced on July 21.

“As per reports being received, out of a total of 771 Members of Parliament entitled to vote (5 vacant) and similarly out of total 4,025 Members of the Legislative Assemblies entitled to vote (6 vacant and 2 disqualified), over 99% cast their votes. However, 100% voting by MLAs was reported from Chhattisgarh, Goa, Gujarat, Himachal Pradesh, Kerala, Karnataka, Madhya Pradesh, Manipur, Mizoram, Puducherry, Sikkim and Tamil Nadu,” the EC said.

Droupadi Murmu may get over 9000 votes from opposition camp according to sources.

In Gujarat, the lone Nationalist Congress Party (NCP) MLA Kandhal Jadeja said he voted for Murmu. This comes as a setback for the Sharad Pawar-led party, which has lent major support to joint opposition candidate Yashwant Sinha.

Also, Congress MLA from Odisha, Mohammed Moquim, said he cross-voted in favour of Murmu. “I have voted for the daughter of the soil,” he later said.

Meanwhile, in Assam, All India United Democratic Front (AIUDF) MLA Karim Uddin Barbhuiya claimed that “Congress is cross-voting” and that at least 20 MLAs in the state have voted in favour of the former Jharkhand Governor.

In UP, Om Prakash Rajbhar, the chief of Suheldev Bhartiya Samaj Party (SBSP), major alliance partner of Samajwadi Party (SP), voted for Murmu. He had made this public two days ago, citing ignorance by SP chief Akhilesh Yadav as the main reason.