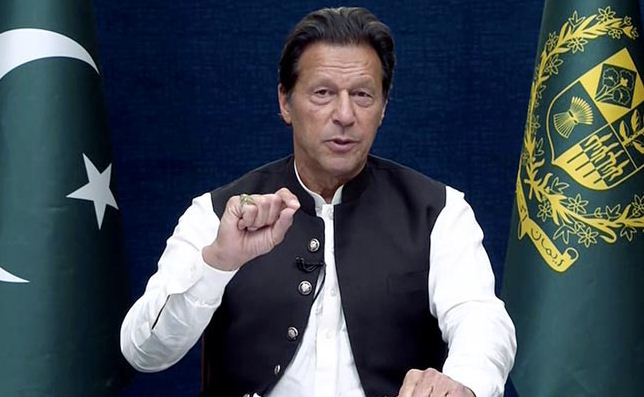 Beleaguered Pakistan Prime Minister Imran Khan, on Sunday (April 3), managed a 90-day leeway as his yorker in Parliament was missed by his rivals. Fresh elections could be due in 90 days.

Imran got the presidential nod for the dissolution of Parliament, a move dubbed as “unconstitutional” by the Opposition parties which approached the apex court to challenge the decision.

The no-confidence motion against the Pakistan Prime Minister was dismissed by the Deputy Speaker Qasim Suri, who termed it against the Constitution and rules of Pakistan.

The Pakistan government issued a notification announcing that Imran Khan no longer holds the position of Prime Minister of the country. The opposition and government immediately filed a slew of petitions and briefs against and for the developments, with the supreme court saying arguments would be heard on April 4.

A three-member bench of the Supreme Court of Pakistan headed by Chief Justice Umar Ata Bandyal started hearing the petitions filed against the ruling of Deputy Speaker in which he turned down the no-confidence motion against Imran Khan.

Meanwhile, the Pakistan Army has denied its role in the prevailing political situation. “The army has absolutely nothing to do with what happened in the National Assembly today,” said Military spokesman Maj Gen Babar Iftikhar.

Pakistan Minister of State for Information and Broadcasting Farrukh Habib on Sunday said that fresh elections will be held in the country within 90 days. “Prepare for the election!” said Prime Minister Imran Khan on April 3.