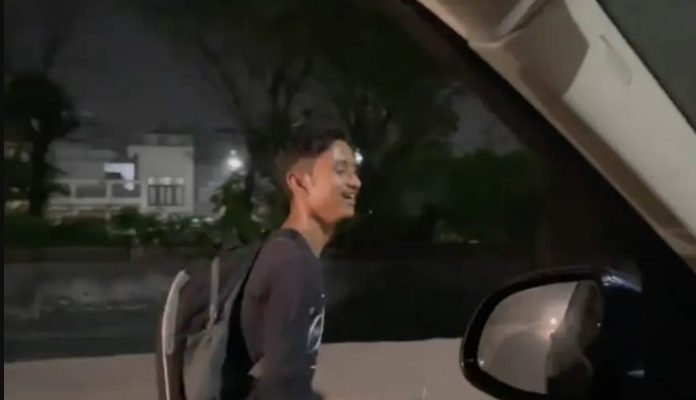 A video, showing a 19-yrear-old boy running home after work has set the internet social media circles afire. So what is special about a boy running home at midnight? According to national award-winning filmmaker Vinod Kapri, who recorded and shared the video, “This is PURE GOLD”.

The 2-minute 20-second clip, uploaded on Sunday (March 20) evening shows Pradeep Mehra, of Uttarakhand (he hails from Almora), running home from work after his shift at a food chain (McDonald’s) in Noida Sector 16. Kapri shot the video while driving alongside the running kid, interviewing him. The boy did not stop, and kept running despite Vinod Kapri offering him a lift. The young man insisted that he prefers to run home, which is 10 km from his workplace, because he doesn’t get time to run otherwise.

On being asked why he runs, the Almora boy said that he is preparing to join the Indian Army.

Former Uttarakhand Chief Minister Harish Rawat also praised Pradeep. The video has so far garnered over 3 million views on Twitter and has been liked by more than 1.37 lakh people.

Kapri also offered to have dinner with the kid, but the kid refused, saying he has go home and cook, because his elder brother, who works night shifts, has to come home and eat. The dedication and commitment to his dream astounded the filmmaker.

Today is US Independence Day