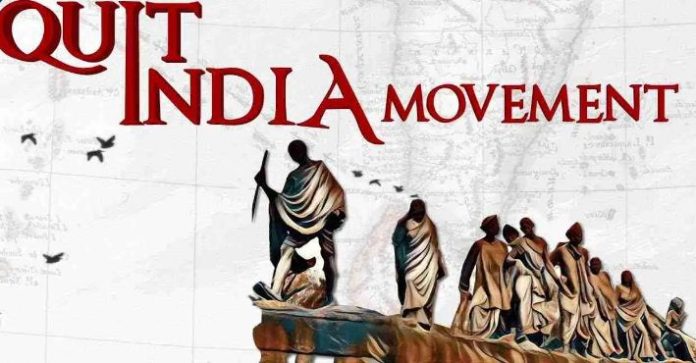 On August 8, 1942 the Quit India Movement began which later triggered the British leaving the country and India attaining independence on August 15, 1947 a few years later. Quit India day is observed every year on August 8 to mark the anniversary of the Quit India movement.

The resolution of the Quit India movement was passed by the congress leaders on August 8, 1942 as the Mumbai session, following the failure of the Cripps Mission. Based on this resolution, the Bharat Chhodo Andolan marked the beginning of a large-scale non-violent mass struggle for the country’s independence.

The Quit India Movement was truly a turning point in India’s struggle for freedom. Father of the nation, Gandhiji gave a call to the masses and urged them to raise their voice against the British and asked them to “Quit India”.

Functions are held in schools where skits, speeches are staged. The significance of the day is highlighted. The entire nation is filled with a sense of patriotism and pays tribute to martyrs of the freedom struggle and the political leaders lay wreaths on the memorial.