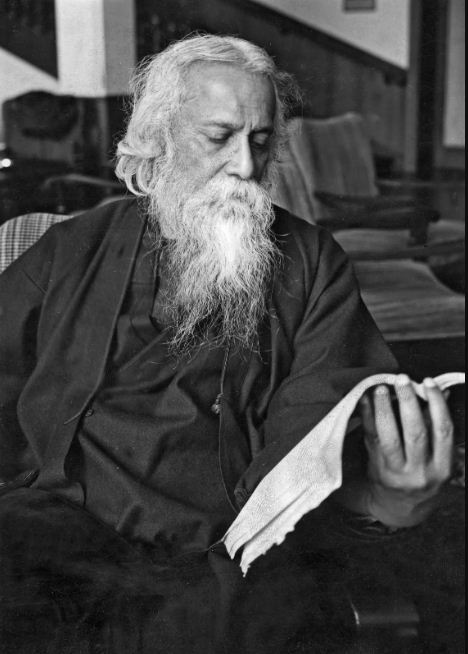 Nobel Laureate Gurudeb Rabindranath Tagore was a pioneer in Bengali literature, and he is celebrated as a great poet, novelist, scholar, playwright, philosopher and educationist. Rabindra Jayanti marks the birth anniversary of the Bengali polymath. This year, his 161st birth anniversary falls on May 9, Monday, which is today. He is the pride of the nation. Rabindranath Tagore was the first Indian to get a Nobel Prize in 1913 for his work in Literature. He was also the first Asian to get that prestigious award.

Rabindra Jayanti, a cultural festival, is associated with Tagore’s birth anniversary, celebrated by followers and lovers of Tagore around the world. It is observed according to the Bengali calendar and on the 25th day of Boishakh month. This day celebrates Tagore’s trailblazing achievement and extraordinary body of work.

Rabindranath Tagore was born in a rich family in Calcutta and was the youngest sibling in his family. He was a multi-talented personality with a great desire to learn new things. His contributions to Indian literature and music have been unforgettable. The people not only in West Bengal but also in all regions of the country remember his contributions on his birthday.

It is difficult to put a scale to Tagore’s body of work. He was a poet, novelist, composer and visual artist.

This day celebrates the birth of Tagore, who changed the landscape of Bengali literature and music and was a pioneer leading literature into modernism. Since he was little, Tagore was the master of many talents; his curiosity knew no bounds. He was a trailblazer in leading literature and combining notes of modernism and the new world in his works. He is regarded as one of the most influential and critically acclaimed writers, poets and novelists. Some of his most notable works include Gitanjali, Post Master, Kabuliwallah, and Nastanirh, to name a few. His significant works include short stories, essays and songs, which have inspired many other famous works, and these short stories and songs are generally referred to as Rabindra Sangeet.

Tagore was also the first non-European to get the Literature Nobel.

Rabindranath Tagore began writing dramas when he was just sixteen. He was accompanied by his brother Jyotirindranath. The first drama, Valmiki Pratibha, was written when he was 20.

Visarjan, which was written in 1890, is one of the best dramas. Other dramas include Chitrangada, Shyama, Chandlika etc.

He started writing short stories at 16. The first short story was released in 1877. He wrote many stories between 1891 and 1895. This period of four years is recognised as Rabindranath Tagore’s ‘Sadhana’ period. The famous short stories written by him include Kabuliwala, Kshudita Pashan, Atithi, etc.

Although Tagore wrote successfully in all literary genres, he was first of all a poet. Among his fifty and odd volumes of poetry are Manasi (1890) [The Ideal One], Sonar Tari (1894) [The Golden Boat], Gitanjali (1910) [Song Offerings], Gitimalya (1914) [Wreath of Songs], and Balaka (1916) [The Flight of Cranes]. The English renderings of his poetry, which include The Gardener (1913), Fruit-Gathering (1916), and The Fugitive (1921), do not generally correspond to particular volumes in the original Bengali; and in spite of its title, Gitanjali: Song Offerings (1912), the most acclaimed of them, contains poems from other works besides its namesake.

Tagore’s major plays are Raja (1910) [The King of the Dark Chamber], Dakghar (1912) [The Post Office], Achalayatan (1912) [The Immovable], Muktadhara (1922) [The Waterfall], and Raktakarabi (1926) [Red Oleanders]. He is the author of several volumes of short stories and a number of novels, among them Gora (1910), Ghare-Baire (1916) [The Home and the World], and Yogayog (1929) [Crosscurrents]. Besides these, he wrote musical dramas, dance dramas, essays of all types, travel diaries, and two autobiographies, one in his middle years and the other shortly before his death in 1941.

Tagore also left numerous drawings and paintings, and songs most of which he also set to music.

Tagore also founded the Vishva Bharti University in Santiniketan, West Bengal. His impact on the literature and art worlds has inspired many others to follow their passions in the field of art. His songs and stories are still recreated for the new generation to learn of his exquisite body of work. Rabindranath Tagore Jayanti is celebrated in West Bengal with vigour and grandeur; there are fests and events dedicated to his works, poetry readings and screening of movies based on his novels. Multiple events also occur in Tagore’s place of birth in Jorasanko Thakur Bari. Bengali communities worldwide organise cultural programmes, and people remember the legendary work of Guru Rabindranath Tagore.