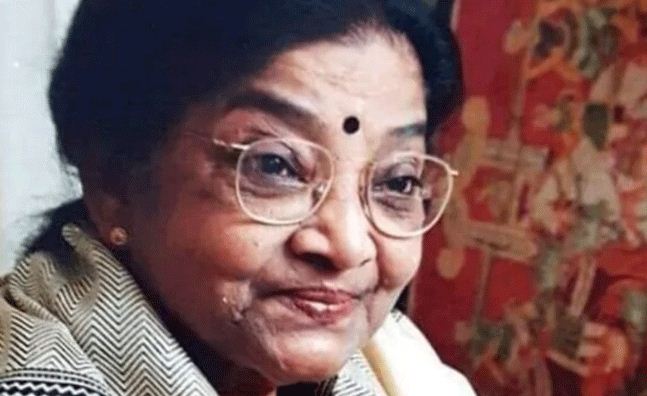 Eminent Rabindra Sangeet exponent Sumitra Sen died at her Kolkata residence, early on January 3. She was 89. She was suffering from broncho-pneumonia and was hospitalised on December 21, but discharged three days later. Her two daughters took her back to her south Kolkata home.

Both her daughters – Srabani and Indrani – are popular Rabindra Sangeet singers. Her family said she caught a cold in mid-December and her condition turned serious due to her advancing age.

West Bengal Chief Minister Mamata Banerjee condoled the death of the eminent singer. “I am deeply saddened by the sudden demise of Sumitra Sen, who had enthralled the audience for decades. I had a close relationship with her for a long time,” she tweeted. The West Bengal government had awarded her ‘Sangeet Mahasamman’ in 2012.

“Her passing away is an irreparable loss to the music world. My sincere condolences to Sumitradi‘s daughters Indrani and Srabani, and her fans,” Banerjee added.

Songs sung by her such as ‘megh bolechhe jabo jabo‘, ‘tomari jharnatalar nirjone‘, ‘sakhi bhabona kahare bole‘, ‘achhe dukho achhe mrityu‘ were among the hundreds of tracks that regaled Rabindra Sangeet lovers for over four decades.

She stayed in Ballygunge and had many students and followers, who would regularly visit her. She was very active till a few years back.