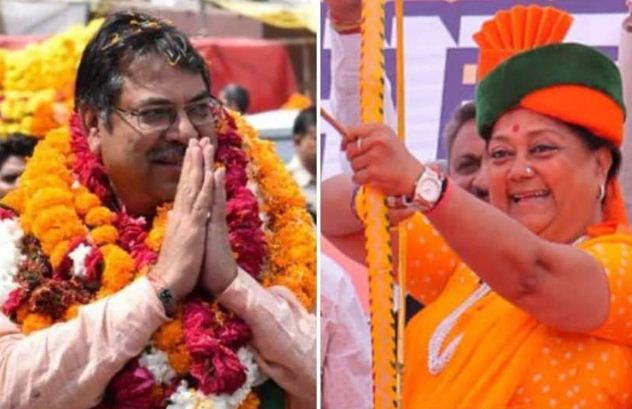 The BJP’s position in Rajasthan is a little different from what it is in Uttar Pradesh. There are more than one power centres within the BJP in this state, and not all are liked by either Prime Minister Narendra Modi or his deputy Amit Shah. Deposed Chief Minister Vasundhara Raje, for example.

The BJP’s three-day executive committee meeting started in Jaipur on May 19, and that was when things have come to light. The battle for supremacy is boiling over, like it happens in Congress ruled state. Probably for the BJP this is new territory. One has to see how it pans out, but according to people in the know, Vasundhara Raje’s popularity may be dipped a bit, maybe she has been known to be corrupt, but her administrative abilities are next to none, especially when compared to the party’s state president Satish Poonia, who even has the backing of the RSS.

Raje is royalty, but Poonia has the powerful Jat community’s backing which supposedly has influence over 40 of the 200 Assembly seats in the state. Raje, though, seems to be still enjoying the support of 56 out of the 74 party MLAs, plus others on the fence. She knows a lot more of Rajasthan than her palace, actually.

The BJP wants back into the power corridor now, waiting to push Congress to the side, though it will not be easy with Ashok Gehlot’s wit, if Rahul Gandhi does not interfere again (as in Punjab).

The jostling for power is somewhat new, possibly for the BJP. It is not about obeying the high command’s order. Even in UP, CM Yogi Adityanath was somebody maybe the top duo may have wanted to sideline. But within UP, there is not another soul who can strongly stand up to Yogi. Modi and Shah realised that and quickly made peace.

Rajasthan is still a place in the future. Now it gets a bit tricky.