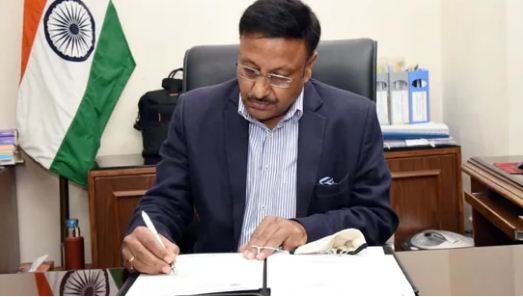 Born on February 19, 1960, Kumar acquired a slew of academic degrees including BSc, LLB, PGDM, and a master’s in Public Policy, and has over 37 years of experience working for the government across ministries at the Centre and state cadre across the social sector, environment and forests, human resources, finance, and the banking sectors.

He was also a member of the Prime Minister’s Economic Advisory Council, Statistical Commission and the Reserve Bank of India’s Technical Advisory Committee on Monetary Policy.

Bery replaces Rajiv Kumar. Bery has been quoted as saying: “Rajiv Kumar leaves me a dynamic organisation with lots of fresh, young talent and strong links with stakeholders inside and outside the government. I am deeply honoured to have been entrusted with its charge at a time of great global uncertainty.”

Ajay Kumar Sood is govt’s principal scientific advisor
Eminent physicist Ajay Kumar Sood has been appointed as the principal scientific advisor (PSA) to the government, a personnel ministry order issued recently said. Sood, a member of the Science, Technology and Innovation Advisory Council to the prime minister, has been appointed to the post for a period of three years to succeed renowned biologist K VijayRaghavan.

The PSA’s office aims to provide pragmatic and objective advice to the prime minister and cabinet on matters related to science, technology and innovation with a focus on the application of science and technology in critical infrastructure, economic and social sectors in partnership with government departments, institutions and industry.

The Appointments Committee of the Cabinet (ACC) has approved the appointment of Sood as principal scientific advisor to the government, the order said.

Though Macron is the first French president to clinch a re-election in 20 years, his victory triggered angry protests in Paris and Lyon. Protesters reportedly threw fireworks at a police car in Lyon, while police fired tear gas and arrested dozens of them.

Though the far-Right was dealt a blow this time around, Le Pen and her party are gearing up for the upcoming parliamentary election in June.

Patrick Achi re-appointed Ivory Coast PM
Patrick Achi has been reappointed as prime minister of Ivory Coast after he resigned from the post last week, Senate President Jeannot Ahoussou-Kouadio told a joint session of parliament. In a state of the nation address, Ouattara described Kone, who has been head of the regional bank since 2011, as a “brilliant economist”.

At a cabinet meeting in Abidjan last week, the prime minister said his decision to resign followed the president’s intentions to reshuffle the government. “We have given the best of ourselves to execute your vision for 2030,”
he told Ouattara.

Achi, 66, was appointed prime minister in March last year. He was the third prime minister in the West African state in the last three years after Amadou Gon Coulibaly and Hamed Bakayoko, who died less than eight months apart in 2020 and 2021.

Andy Jassy to become CEO of Amazon on July 5
Amazon Founder Jeff Bezos has announced that Andy Jassy, the current CEO of Amazon Web Services (AWS), will take over as the CEO of the commerce giant on July 5. The outgoing CEO Bezos said that he chose the date because July 5 is a sentimental one for him. “It’s the date that Amazon was incorporated in 1994, exactly 27 years ago,” he said.

Bezos will move into the role of executive chair, while Jassy is set to be replaced in his current post as CEO of AWS by former Tableau Software Inc. CEO Adam Selipsky. Selipsky worked for 11 years at the cloud giant before his stint at Tableau.

Jassy is a longtime Amazon insider who joined the company in 1997, the year it went public. The company listed on the Nasdaq stock exchange at $18 a share and at the time hadn’t yet reached $150 million in annual revenues. Last quarter, Amazon generated $108.52 billion in revenues and posted a $8.1 billion operating profit.