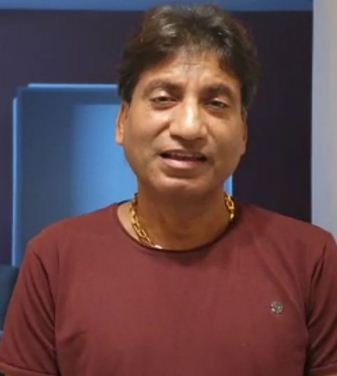 Renowned comedian Raju Srivastav passes away today (Wednesday, September 21) according to hospital sources. He died at 10.20am. He was 58 and was undergoing treatment at the All India Institute of Medical Sciences (AIIMS) following a cardiac arrest. He was in and out of ventilator for 42 long days.

The news about his demise was confirmed by his family. Srivastava is survived by his wife Shikha and two children, Antara and Ayushman.

He was admitted to AIIMS Delhi on August 10 after experiencing chest pain and collapsing while working out at the gym.

As per media reports, recently the doctors changed the pipe of Raju Srivastava’s ventilator to avert infection. At the same time, due to infection, his wife Shikha and daughter Antara were also not allowed to meet the comedian due to recurrent fever.

Since the late 1980s, Raju Srivastava has been working in the entertainment industry. In 2005, Raju Srivastava received recognition after participating in the first season of the stand-up comedy show ‘The Great Indian Laughter Challenge.’

He has also featured in films like ‘Maine Pyar Kiya’, ‘Aamdani Atthanni Kharcha Rupaiya’, ‘Main Prem Ki Deewani Hoon’ and in several others.