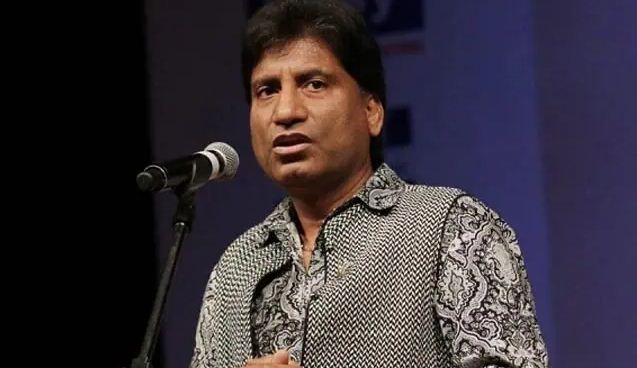 After being in ICU for more than two days, popular comedian and actor Raju Srivastava’s health has become stable, informed his family.

The Bombay to Goa fame actor suffered a heart attack while working out in a gym on Wednesday(August 10). Later, he underwent a successful angioplasty in the AIIMS Hospital Delhi.

Raju Srivastava’s Family statement read, “Dear all, Raju Srivastava Ji’s condition is stable. We are praying for his speedy recovery. The doctors are treating him and are doing their best. Thanks to all the well-wishers for their continued love and support. Please ignore any rumour/fake news being circulated. Please pray for him.”

Raju Srivastava became popular for his stand-up when he participated in ‘The Great Indian Laughter Challenge’. After that, he did several movies and shows that proved his mettle in the entertainment industry. Some of the famous films of his career includes ‘Maine Pyar Kiya’, ‘Bazigar’, ‘Bombay to Goa’, ‘Aamdani Atthanni Kharcha Rupaiya’, etc. The actor also appeared in the third season of Bigg Boss.

Renowned cricket umpire Rudi Koertzen dies after car crash
Rudi Koertzen, the former international cricket umpire, has died in a car crash. He was 73. Koertzen, who was known for his slow raise of the finger, along with three other people suffered a head on collision near Riverdale, his son, Rudi Koertzen Jr. confirmed. Koertzen was on his way back after playing golf at the Nelson Mandela Bay when the tragic incident took place.

He became just the second umpire in history to officiate more than 150 ODIs after the legendary David Shepherd, and was also the second to stand in 200 Tests after Steve Bucknor. One of the original members of the ICC Elite Panel of Umpires in 2022.

The last official match in whom Koertzen served was during IPL 2011 between Royal Challengers Bangalore and Chennai Super Kings at the Chinnaswamy. The Despatch Cricket Club, which Koertzen was a respected member of and a club he helped till the very end paid a heart-warming tribute to the legend.

Gustavo Petro sworn in as first leftist President of Colombia
Gustavo Petro has been sworn in as the first leftist president of Colombia. The 62-year-old is a former member of Colombia’s M-19 guerrilla group as well as a former senator and mayor of Bogota. He succeeds Ivan Duque. Mr Petro is part of a growing group of leftist politicians and political outsiders who have been winning elections in Latin America since the pandemic broke out.

A 2016 peace deal between Colombia’s Government and the Revolutionary Armed Forces of Colombia turned much of the focus of voters away from the violent conflicts playing out in rural areas.

Gustavo Petro promised to fight inequality and help herald a turning point in the history of a country haunted by a long war between the government and guerrilla groups. The new President also announced that Colombia will stop granting new licenses for oil exploration and will ban fracking projects, even though the oil industry makes up almost 50 per cent of the nation’s legal exports.

Veteran Bengali singer Nirmala Mishra passes away
Renowned Bengali singer Nirmala Mishra died at her residence in the Chetla area of south Kolkata late on August 6, following a heart attack. She was 81. The veteran singer, who was suffering from age-related ailments for many years, was taken to a nearby nursing home where she was declared brought dead, her family members said.