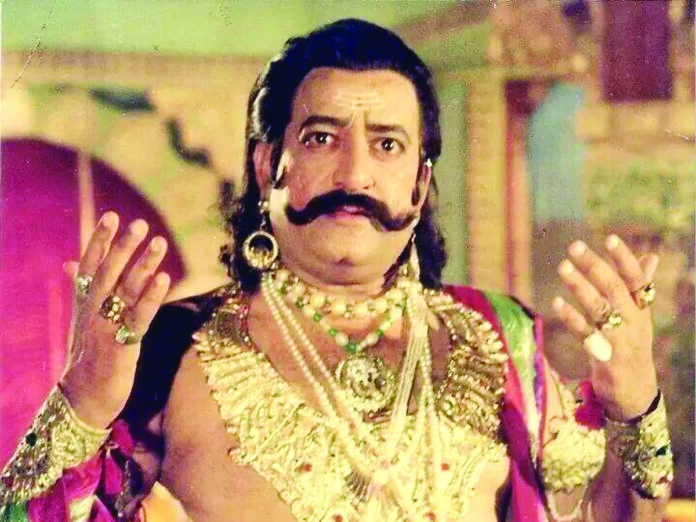 It’s the end of an era. Many of us still remember our young days, when Doordarshan used to telecast Ramayan every Sunday in 1987-88 and the entire locality fell quiet, sitting in front of black and white television sets, wherever they were available, taking in every moment of one of greatest epics of all time. While idolising Ram and Sita, we also cherished the great acting by Arvind Trivedi, who played Ravan.

Trivedi recently died of a heart attack, peacefully at age 82, through age-related complications. That cuts one short from the iconic set of actors who have themselves been idolised. Trivedi’s nephew Kaushal Trivedi confirmed the actor’s death, saying: “Arvind uncle was not keeping well and his health deteriorated further over the years. He died of a heart attack at around 9.30 pm on Tuesday night (October 5). He was 82 years old. He left peacefully at his home in Kandivali (Mumbai), surrounded by his family.

Sunil Lahiri, who played the role of Laxman, said in an Instagram Post: “I am speechless, I lost a father figure, my guide, well wisher & gentleman.”

Dipika Chikhlia, who played Sita said in her Instragram post: “My heart goes out to his family… a very nice person #arvindtrivedi #ravan.” Ram of Ramayana.”

Prime Minister Narendra Modi wrote: “We have lost Shri Arvind Trivedi, who was not only an exceptional actor but also was passionate about public service. For generations of Indians, he will be remembered for his work in the Ramayan TV serial. Condolences to the families and admirers of both actors. Om Shanti.”

Trivedi may have been famous as Ramayana’s Ravan, but he was a prolific actor, having acted in another Doordarshan show Vikram Aur Betaal. He also featured in Gujarati films, such as Desh Re Joya Dada Pardesh Joya (1998), Kunwarbai Nu Mamerun (1974) and Santu Rangili (1976). He even moved into Hindi films, having acted in Jangal Mein Mangal (1972) and Aaj Ki Taaza Khabar (1973).

His repertoire comprised nearly 300 films. He was also a Member of Parliament from Sabarkatha constituency in 1991 on a Bharatiya Janata Party ticket and was in the office till 1996. He was also the acting chairman of the Central Board for Film Certification (CBFC) from 2002 to 2003.