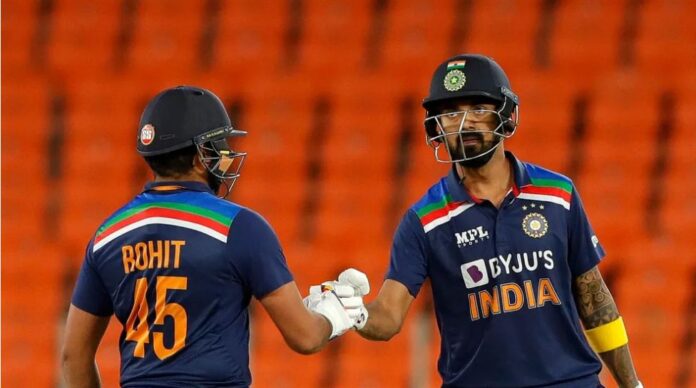 As expected, Rohit Sharma has been confirmed as skipper of the India’s T20 squad. KL Rahul is his deputy. This squad, announced by the BCCI on November 9, is for the upcoming home series versus New Zealand.

Also, as rumoured, Virat Kohli has been rested for the T20s. Also rested with him were Ravindra Jadeja, Hardik Pandya, Jasprit Bumrah, Shardul Thakur and Mohammed Shami.

Also, as expected, spinners Rahul Chahar and Varun Chakravarthy, who failed to impress at the T20 World Cup, have been dropped.

T20 World Cup reserves Shreyas Iyer, Deepak Chahar, and Axar Patel have been included in the T20 squad for this series. Also coming in were Venkatesh Iyer, Harshal Patel, Mohammed Siraj, and Avesh Khan, for their excellent IPL performances. Yuzvendra Chahal is back after being left out from the T20 World Cup squad.

The squad, thus has 7 batsmen including 2 wicket-keepers, 2 all-rounders, and 7 bowlers.

SCHEDULE
The series starts on November 17, starting with a T20 match in Jaipur, followed by two T20 matches, at the JSCA International Stadium in Ranchi (Nov. 19) and at the Eden Gardens in Kolkata on November 21. On November 25 starts the first Test, at Green Park, Kanpur. There will be two Tests, the second being at the Wankhede Stadium in Mumbai.