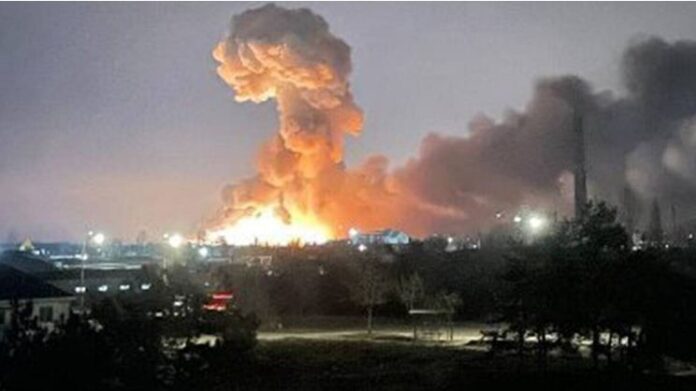 Russia launched a full-fledged invasion of Ukraine on February 24, by air, land, and sea. Ukraine is a European democracy of 44 million people. The invasion came after long denials by Russian President Vladimir Putin that he would not. Airports and military headquarters were hit first, near cities across Ukraine, including the main Boryspil international airport in Kyiv.

This had led to panic in Ukraine. They lined up in front of ATMs, grocery stores as Russian tanks rolled in. They moved into gas stations to fill up their cars, though supply was restricted. Everybody wanted to get out of cities, which are the targets of Russian bombing.

Meanwhile, nearly 20,000 Indian students are still stranded in Ukraine as Kyiv closed its air space. Parents are desperately trying to figure out how to get their wards home and also stay in touch while the students remain stranded in the conflict zone.

Reacting, US President Joe Biden said: “President Putin has chosen a premeditated war that will bring a catastrophic loss of life and human suffering.”

UK PM Boris Johnson said Putin had “chosen a path of bloodshed and destruction” with an “unprovoked attack”.

The situation is of terror and complete chaos.