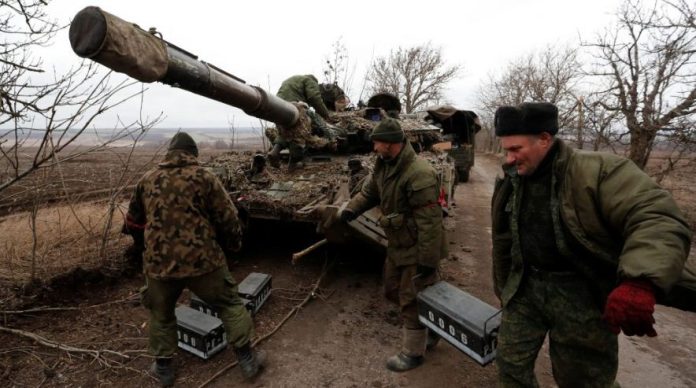 Experts had believed that any war in these times would not last beyond a fortnight. It would be economically disastrous for the aggressor and certainly for the invaded country, they said. The Russian invasion of Ukraine has lasted over 10 weeks now, and shows no signs of slowing down. While Russia has been able to sell its oil through rouble trades with China, India and some other countries enabling a source of national income, the West has been pumping money and arms into Ukraine continuously, even as the war creates millions of refugees.

The very purpose of the war has been defeated, if war strategists are to be believed. War is not a matter of ego. When it is so, the destruction is far more than what bombs and missiles can inflict. According to Sun Tzu, in the Art of War the best general is the one who can avoid war completely in the process of ‘occupying’ a nation. To that extent, China’s economic ‘occupation’ of parts of Sri Lanka, a huge swathe of Pakistan and large areas of countries in the African continent can be ideal situations. Russia, it seems, has fallen into a Western trap and now cannot extricate itself.

Whatever the geopolitics of the situation, the fact is that millions maybe even billions are being blown up in smoke, and the only ones benefiting are those in the war business.

Meanwhile, Vladimir Putin has been rumoured to be undergoing a cancer surgery some say cancer of the stomach and he would probably be transferring the invasion responsibility to a trusted general. Not that this has created too much of a problem, but the very fact that Putin will be out of commission for a few days within this chaos is strange.

Meanwhile, Russia seems to have changed its goal a bit, wanting now to fully cement its governance in areas occupied, ordering rouble trading and more. There are hasty arrangements for referendums in such places and these will come in the way of any peace talk, which has a precondition of Putin giving up already annexed territories.

Meanwhile, President Volodymyr Zelensky’s army keeps being boosted by heavy weapons from the US and its allies which apparently are ways to regain lost territory, but in the long run pushing Ukraine in massive debt.

It has been reported that Moscow is also “seeking to tighten its grip in the southern Kherson and Zaporizhzhia regions, parts of which it has seized. That would leave about a fifth of Ukraine’s territory and most of its coast under Russia’s control and create a land link to Crimea, which Moscow annexed in 2014.”

The situation is complex, and a quick solution seems distant. May 9 is WW-II victory day, but that is unlikely to see any roll down in war activity.

The Kremlin is already consolidating its position in places under its control in Ukraine, especially in the Donbas region, with Sergei Kiriyenko, the deputy chief of staff responsible for domestic politics, visiting the region late last month to lay out his plans with officials there.

According to the US, votes on becoming part of Russia could be held in Donetsk and Luhansk as early as mid-May. It could happen a couple of months later, though, when Russian forces completely take over the regions.

That will permanently fracture Ukraine, and that can be called a ‘victory’ of sorts. One has to wait for what happens then.

What is happening now is that Moscow is replacing local officials loyal to the government in Kyiv, rerouting the occupied regions’ internet connections through Russian servers and censors and mandating the use of the rouble instead of Ukraine’s hryvnia. Kyiv has accused Russia of stealing 400,000 tons of grain from the areas it controls.

Konstantin Malofeev, a wealthy backer of Putin, has been quoted as saying: “We’ll absorb Ukraine region by region.” Arms and aid from the US to Ukraine has only slowed down the war, but the war will continue, maybe boil down to conflict levels witnessed

He conceded that the scale of military aid to Kyiv from the US and its allies “has been far greater than anticipated.” Together with determined Ukrainian resistance, that means a grinding war that “will drag on at a slow pace” for at least months to come, he said.

Remember the late 1990s war on Chechnya rebels by Russia? In 1999, the Russian government forces started an “anti-terrorist campaign” in Chechnya, in response to the invasion of Dagestan by Chechen-based Islamic forces. By early 2000 Russia almost completely destroyed the city of Grozny and succeeded in putting Chechnya under direct control of Moscow by late April. That lasted a long time and Russia managed the finances well.

This time, many of those same rebels are fighting the Ukrainians.

Whatever the situation, the war continues and millions keep being displaced.