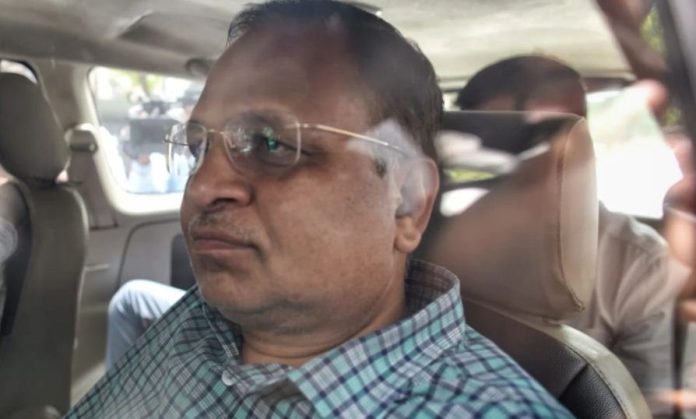 Delhi health minister Satyendar Jain was on Tuesday (May 31) sent to ED custody till June 9 in connection with a money laundering case. Jain was arrested by the Enforcement Directorate (ED) on Monday in connection to the case. The AAP leader’s arrested drew sharp reactions from the Aam Aadmi Party (AAP), which called it a political move ahead of the Himachal Pradesh Assembly polls.

Arvind Kejriwal said that it is a completely “fake” case.

The ED had said last month that assets worth Rs 4.81 crore of Jain’s family and companies “beneficially owned and controlled” by him were provisionally attached as part of a money laundering probe against him.

The central agency’s probe is based on a 2017 case of the Central Bureau of Investigation (CBI), in which it was alleged that the AAP leader and his wife Poonam Jain had amassed disproportionate assets worth Rs 1.47 crore between February 2015 and May 2017, which was more than double their known sources of income.