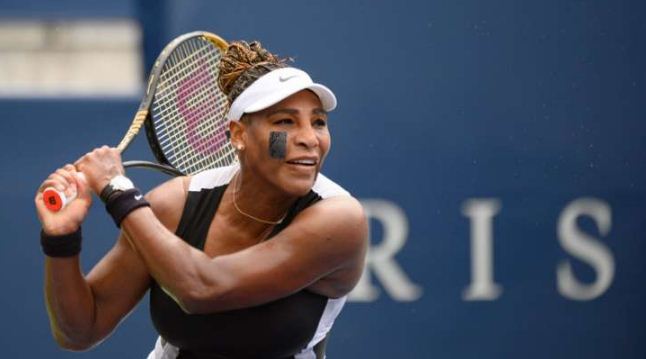 American legend Serena Williams, winner of 23 Grand Slam titles, announced her retirement from tennis on Tuesday, saying she is “evolving away” from the sport.

The 40-year-old tennis star said that the best word to describe what she is up to is “evolution” and that she wants to grow her family.

The world first came to know Serena Williams as a 17-year-old with beaded braids, overwhelming power and precocious intelligence and poise when she stunned her sport by winning the first of her 23 Grand Slam singles titles at the 1999 U.S. Open.

She has been ranked world number one by the Women’s Tennis Association (WTA) for 319 weeks, including a joint-record 186 consecutive weeks.

She also finished as the year-end number one five times.

Serena has won 23 Grand Slam singles titles, the most by any player in the open era, and the second-most of all time, only behind Margaret Court’s 24.

Kalaiselvi is first ever woman director general of CSIR
Nallathamby Kalaiselvi has become the first ever woman director general of the Council of Scientific and Industrial Research (CSIR), which has brought about several cutting-edge innovations in the field of research and development in science and tech fields. Her appointment is for a period of two years with effect from the date of assumption of charge of the post or until further orders, whichever is earlier, according to an order of the personnel ministry.

Kalaiselvi had completed her schooling in a humble Tamil medium school in Tirunelveli district of Tamil Nadu. From here, she picked up her interest in the subject of science and built up on it admirably. Starting off her career as an entry-level scientist, she now has 25 years of an illustrious career in the field of science.

Viswanathan Anand becomes FIDE deputy president
From being one of the finest players in the world, five-time world champion Viswanathan Anand is now set to embark on his new role as Fide vice-president after Arkady Dvorkovich was re-elected as president for a second term. In the elections held in Chennai, Dvorkovich pipped Andrii Baryshpolets, a Ukrainian Grandmaster, by a landslide scoreline of 157-16 votes. A third candidate, French Bachar Kouatly, withdrew his candidature after giving his speech, before voting began.

Moments after the results came out, Anand tweeted: “For me, chess is a part of who I am. As a chess player, I have been fortunate to see the game transform from a niche game to a mass sport. I’m now happy to be part of the Dvorkovich team as we try to continue to make that positive change.”

The post of the central vigilance commissioner (CVC) had remained vacant for a year during which Patel had been working as the acting CVC since June this year.

Aarya Walvekar is a senior at Briar Woods High School in Virginia. She is an advocate for mental health and body positivity health at Every Size Movement, according to TEDxYouth Briar Woods. The 18-year-old has been a TedX speaker. She spoke at the event on “Rethinking ‘Healthy’”. In her downtime, Aarya loves to do yoga, cook for her friends and family, and spend time with her younger sister.