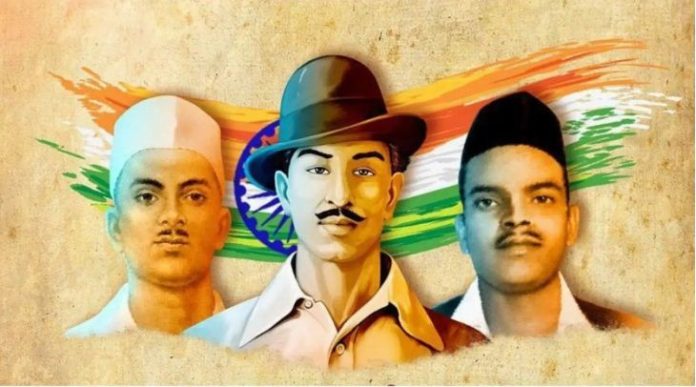 Today is Martyrs’ Day or Shaheed Diwas. Every year, March 23 is observed as Martyrs’ Day (Shaheed Diwas or Sarvodaya Day) to pay tribute on the death anniversaries of freedom fighters Bhagat Singh, Sukhdev Thapar, and Shivaram Rajguru, who laid down their lives for the freedom of India. It was on March 23 in 1931, in Lahore (Pakistan), that these three were hanged to death for assassinating John Saunders, a British police officer in 1928. They had mistaken him for British police superintendent James Scott, who had ordered lathi-charge, which eventually led to the death of Lala Lajpat Rai.

Also, 30 January is observed as Martyr’s Day or Shaheed Diwas in the memory of Mahatma Gandhi.

The day is significant as it reminds the sacrifices made by the previous generations for the country’s freedom. The freedom fighters hanged on this day were young, but they decided to face death in order to inspire others in the fight for independence.

The Punjab government has declared a public holiday on March 23, the martyrdom day of three freedom fighters Bhagat Singh, Sukhdev Thapar and Shivaram Rajguru. In the Vidhan Sabha, Chief Minister Bhagwant Mann said that on this occasion the people of Punjab, elders and children would be able to pay homage to Bhagat Singh by visiting his village Khatkarkalan.