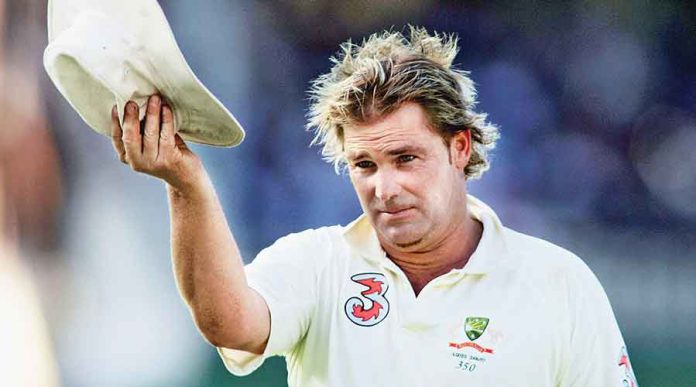 Australian cricket legend Shane Warne, regarded as the best leg-spinner the world has seen, suddenly died of a suspected heart attack in Thailand. His unresponsive body was found in a Koh Samui resort and was declared dead in hospital on March 4. He was 52.

The sporting world was in shock. This was especially severe, because, barely 24hours before that, another Australian legend, wicketkeeper Rodney Marsh, had breathed his last.

However, the death of Warne has shocked everybody. He was past his prime, but was trying to recover his health at the resort and was continuing what he had said in his Tweet as ‘Operation Shred.’ In fact, Warned had Tweeted his condolence of Marsh. That was his last tweet.

In a statement, Warne’s management said: “It is with great sadness that we advise that Shane Keith Warne passed away of a suspected heart attack in Koh Samui, Thailand, on 4 March. Shane was found unresponsive in his villa and despite the best efforts of medical staff, he could not be revived.”

There seems to be a great mystery surrounding Warne’s death. After death, a few fresh details emerged. According to Thailand police, Warne had visited doctors regarding a heart condition before his death. What the report or the doctor had said is still not clear. Also, Secondly, he was bleeding and coughing up when CPR started.

Yuttana Sirisombat,  Thai police superintendent at the Bo Phut police station on Koh Samui, confirmed that Warne “had seen doctors regarding a heart condition prior to his death.” Also, Pol Maj Gen Satit Polpinit, commander of Surat Thani Provincial Police, told the Thai newspaper Matichon that Warne had “coughed up liquid and was bleeding” when CPR started.

Warne had been hauled up before for drug abuse – a diuretic he said his mother had given him to reduce weight – but Sirisombat clarified that “no drug substance was detected in Warne’s body.”

The police also found blood droplets on the floor of his villa. This meant that he was coughing blood.

The world reacted with shock, other cricketing greats offering condolences and reminiscing about the great spinner.

For India, the Warne-Sachin Tendulkar battle took the hearts of Indian cricket lovers. It is said that the Indian Little Master was the only batsman who could contain Warne. Warne had also led Rajasthan Royals to its maiden victory in the Indian Premier League in 2008. He played in the first four seasons from 2008–2011 for the Rajasthan Royals. He also became a coach.

Here are some more details. Shane Keith Warne (September 13, 1969 –March 4, 2022) was an Australian right-arm leg spinner. In 2000 he was selected by a panel of cricket experts as one of five Wisden Cricketers of the Century, the only specialist bowler and the only one still playing at the time.

Warne redefined spin bowling, bringing in a style quotient to slow bowling with his famous walk up to the crease and a ripping wind up action. Not only did Warne generate tremendous spin off the pitch but was also immensely accurate – a trait that is very tough for a leg-spinner to conquer.

Warne played his first Test match in 1992 and took more than 1,000 wickets in Tests and One Day Internationals. Warne’s 708 Test wickets was the record for the most wickets taken by any bowler in Test cricket until 2007. He was named one of the Wisden Cricketer of the Year in the 1994, Wisden Cricketers’ Almanack, and was the Wisden Leading Cricketer in the World in 1997 and 2004.

He was a useful lower-order batsman, too. He scored more than 3,000 Test runs, with a highest score of 99 and remains the highest Test-run scorer without a century.

He retired from international cricket in January 2007 at the end of Australia’s 2006–07 Ashes series victory over England.

Scandals
Warne’s career was plagued by scandals off the field, including a ban from cricket for testing positive for a prohibited substance, charges of bringing the game into disrepute by accepting money from bookmakers and sexual indiscretions.

Other than that, Warne lived a full life, his own way. Not many sportspersons can boast to have done that. He has had flings once too often, and failed to what others would call “settle down.”

In 2007, Warne was named in Australia’s greatest ever ODI team.

On the 150th anniversary of the Wisden Cricketers’ Almanack, Warne was named in an all-time Test World XI. In 2012, he was also inducted into the Cricket Hall of Fame by Cricket Australia. In 2013, Warne was inducted into the ICC Cricket Hall of Fame. In a fan poll conducted by the Cricketers’ Almanack in 2017; he was named in the country’s best Ashes XI in the last 40 years.

One of cricket’s greatest wicket-keepers, Marsh died a week after suffering a heart attack during a fundraising event in Queensland.

A stocky and stoic wicketkeeper-batter, Marsh was half of a catchphrase that was synonymous with the era of Test cricket: caught Marsh, bowled Lillee. They combined a record 95 times to dismiss opposition batters in Test cricket.

He had a difficult start to his Test career and was nicknamed ‘Iron Gloves’ during his first series against England in 1970-71 after dropping numerous catches.and retired after a Test against Pakistan in 1984. finished with 355 dismissals, records at the time for a wicketkeeper.

of the sport. Former Australia one-day international David Hussey paid tribute on Twitter, writing: “Rod will be missed. Marsh played in the first one-day international on Jan. 5, 1971 at the Melbourne Cricket Ground and retired from top-level cricket after his 92nd ODI, against the West Indies in February 1984.

A left-handed batter, he was the first Australian wicketkeeper to score a century in Test cricket — against Pakistan at Adelaide in 1972. In 2014, he was appointed as Australia’s chairman of selectors and held the position for two years.