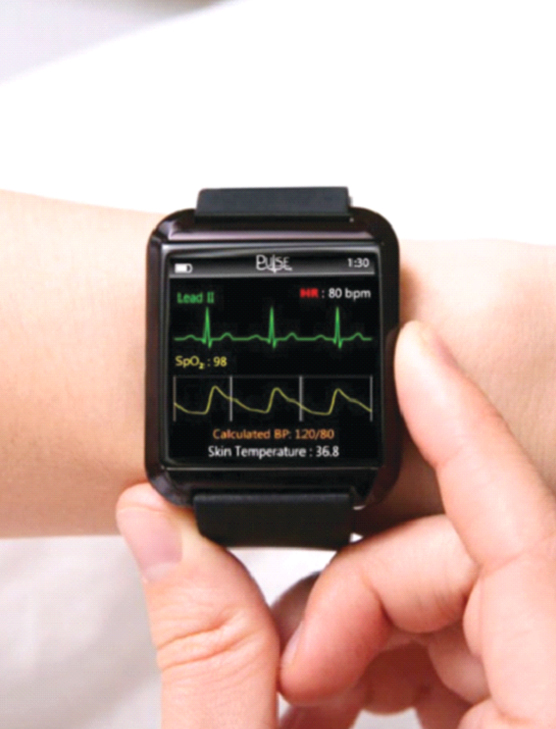 Your smart watch may be full of non-smart side effects, sometimes even dangerous. Liking technology and obsessing with it are two very different aspects of the modern world.

There are watches and, then, there are smart watches. What is a smartwatch? They are basically wearable computers in the form of wristwatches providing way more features besides timekeeping. Such features include integration with your smartphone, showing your incoming calls and messages and some apps with additional functionality like weather information and maps for directions. It may be a new fad now, but it was invented way back in 1998. The Seiko Ruputer, later known as the OnHand PC, was the first consumer watch that could run applications and connect to a PC, via a docking station.

Today your smartwatch can be equipped with optical sensors to monitor your heart rate 24×7. It could allow you to track your heart rate while you are exercising, helping you to keep in a zone that’s increasing your fitness level.

Smart watches today can even measure your blood pressure in real time, they can estimate the number of calories you burn – calculations based on your activity, such as the number of steps taken steps and logged activity like running and the measurements during those activities. They can do an electrocardiogram, to give more accurate heart rate measurements and more data for detecting possible heart-related problems.
On the easier side, it can calculate the number of hours slept and the sleep quality – this is possible with the Accelerometer, Gyro, and Heart Rate monitors on the smartwatch. Tracking sleep and its quality is done by different manufacturers using different algorithms.

Your smart watch can – at least the Apple Watch can – let you call for emergency assistance. It can also act as an oximeter, measuring your blood oxygen level.

So much, for why you need a smart watch. On the flip side, your smart watch can literally blow up on your wrist even as you sleep – this has happened – or being constantly in touch, its radiations may cause unknown harm.
Looks like every gadget today is built with a purpose and then ends up destroying the very purpose it was built for, through physical and/or mental harm. If you just consider its pros — almost sci-fi like – you can see no wring. So why is the smart watch one of the most controversial issues in the world today?

Frankly, we cannot avoid involvement with technology in day to day lives. They help us live better, safer lives. But if one considers the fact that these have also been destructive to our regular natural and healthy living then one has to find a balance. We are entering an age where we have to decide at which point we stop depending on technology alone, and which are the regions where technology is a must.

Let us go deeper into the problems. Before you gift a smart watch to your loved one, be aware of its many faceted nature, not all favourable.

Here is an example of how tech can be overused and bad. Says a report:
“A 70-year-old woman in USA was diagnosed with a heart condition that causes irregular heartbeats. Soon after discovering her heart ailment, the woman got diagnosed with another illness and this time it had nothing to do with the heart. The woman got bouts of anxiety which was reportedly triggered by her smartwatch. She got flustered by the repeated notifications about her increasing, decreasing heart rate.

“A study conducted by Lindsey Rosman, a professor at Department of Medicine, Division of Cardiology, the University of North Carolina at Chapel Hill, revealed that the woman had performed 916 electrocardiograms (ECGs) over a 1-year period. The data was derived from her smartwatch. She believed that the smartwatch notifications about her heart beats were a sign of worsening cardiac function. Her constant worry and frequent health care visits had a profoundly negative impact on her mental health.”

THE BLASTS
CHINA : In China, a four-year-old girl suffered third-degree burns when her smart watch exploded on her wrist. The girl was rushed to the hospital, where she had to get skin grafts following the incident.”

LOWA (Iowa territory), USA: A man, Ethan Landers, got the shock of his life when his fitness watch started to burn and exploded on his wrist in the middle of the night. He wasn’t wearing any cheap quality fitness brand, but an expensive Fitbit smart watch. The Fitbit brand is now owned by Google.

Said the company spokesperson in a statement just said: “The health and safety of our customers is our top priority.”

The man’s wrist was burnt severely (see picture) and the hospital staff confirmed that he got a third-degree burn from the incident and might need a skin graft.

What did Ethan say? He said: “It felt like it melted through my arm. There was smoke coming out of the Fitbit battery and our bedroom smelled like an electrical fire.”
The benefits apart, there are several side effects.

Sleep, memory, and mood-related issues : There have been reports of people suffering from insomnia after having worn smart watches for long. This, of course, is common with any consistent use of technology because it can result in reduced concentration and lowered productivity. The largest problems occur when users fail to disconnect before bedtime. That results in sleep issues, memory problems and mood swings.

Blue light used in technology like smart watches, laptops, cell phones, televisions, etc., it can be difficult for the brain to shut down after using these items.

Body dysmorphia: This is a mental condition characterised by the obsessive idea that some aspect of one’s own body part or appearance is severely flawed and therefore warrants exceptional measures to hide or fix it. This often flies under the radar. Due to this effect smart watch users often report overeating tendencies. While eating they constantly eat under the bell sound of all the notifications and information that surrounds them. This happens because the mind does not respond to the activity of eating while one is busy with their smart watch.

Distractions : Smart watches remove you from the present, even more so than your phone does. It may not be acceptable to remove a phone from your pocket during important dinner or other specific social situations, but a smart watch being attached to your wrist allows you to be constantly distracted. Being connected to social media is one of the most useful benefit of a smart watch.

Threat to mental health : The biggest threat posed to our mental health by smart watches is a certain type of anxiety now being called Fitbit anxiety. While your wearable is sucking up and transmitting to you this information, you risk fuelling an unhealthy obsession with your personal wellness, which could eventually impact your mood negatively, get you anxious unnecessarily, or at the very worst, instigate a feeling of depression and fear.