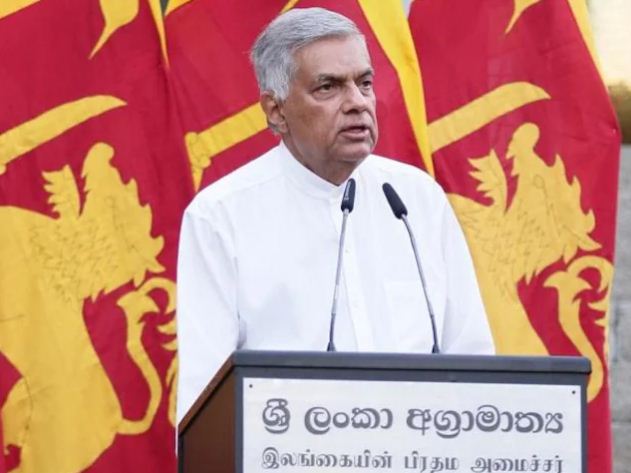 In Sri Lanka the courts have finally woken up to cries of help from ordinary folk, starved of all essentials and squeezed to a corner through the island nation’s worst ever economic crisis. On May 12 the Colombo magistrate banned former Prime Minister Mahinda Rajapaksa, his politician son Namal and 15 allies from leaving the country over acts of violence against anti-government demonstrators. Interestingly, Mahinda’s younger brother, Gotobaya, the President, is still sits on his throne, and says he will ‘install’ a non-Rajapaksa as prime minister and a young council of ministers. Few want to work at that post even while Gotobaya holds the top post and while the constitution gives him huge powers.

That is the crux of the news, but the follow-up story could be different, especially for India. Should India wade into this more than it already has? Of course, there is a major caveat. The last time India tried this – via the Indo-Sri Lanka Peace Accord in Colombo on July 29, 1987 by then Prime Minister Rajiv Gandhi and Sri Lankan president J. Jayewardene – it had ended in complete disaster. The 15,000 Indian soldiers in the Indian Peace Keeping Force was slowly drawn into guerrilla warfare, something that the LTTE was adept at and the result was as expected. In all, 1,240 officers and soldiers (both sides) perished and over 3,000 were maimed. The IPFK was finally withdrawn by the V.P. Singh government in 1990.

That misadventure’s finally end was in the assassination of Rajiv Gandhi.

This time, the big bogey for India is China. China’s ‘contribution’ has had a lot to do in the debt mountain of Sri Lanka. The intended default was not just because of the unusual spending habits of the Rajapaksas, but also because of the debt China has pushed down the islanders’ gullet. Hence India’s intervention, if at all, should be diplomatic and economic, even while keeping at bay the inordinately large influence China has had over Lanka.

Of course, with the Rajapaksas out of power – looks like Gotobaya will also be out – the new dispensation could be more India-centric and with India already having advanced billions of dollars of lines of credit, this is a great opportunity.

Sri Lanka will need reconstruction of basic needs – from food grains to fuel, to medicines and several other logistical help. India is the nearest neighbour and does not have the narrow business mind of the Chinese. Dual trade routes will also be helpful for both countries and could shore up the flagging Indian economy, at least in some segments.

If India takes the security angle out of the picture, and concentrates on the economic and humanitarian angles, this could be a god-gifted opportunity for the country.

It will not be easy, though. The entire Lankan economy will now have to run on the lines of the International Monetary Fund (IMF) and any debt reconstruction process will have to go through the world organisation. There will be a long period of austerity before the country can even think of returning to normalcy.

Meanwhile, it has to be seen if the country can legally nullify the one-sided deal it signed with China vis-a-vis the Humbantota port and other places. These will be very useful for Indian exports. Not that the Chinese will let go of years and billions of investment just like that. The tug-of-war will be intense.

A TIMELINE OF THE SRI LANKA CRISIS
May 10: Government orders troops to shoot looters on sight after a day of violence, which saw mobs torch houses belonging to the ruling Rajapaksa clan and the prime minister resign.

How did it come to such a pass? Here is a blow-by-blow account:
March 31: President’s home threatened hundreds of protesters, rallied by unidentified social media activists, try to storm the home of President Gotabaya Rajapaksa, demanding his resignation.

April 1: As protests spread, Rajapaksa declares a state of emergency, giving security forces sweeping powers to arrest and detain suspects. Over 300 lawyers appeared at the Mirihana Police to represent the arrested protesters free of charge.

April 2: President Gotabaya Rajapaksa declared a nationwide public emergency. A 36-hour island-wide curfew was imposed from 6:00 pm on the same day until 6:00 am on 4 April. The sudden announcement resulted in panic-buying, creating long lines of people outside supermarkets and pharmacies.

April 3: Almost all of Sri Lanka’s cabinet resigns at a late-night meeting, leaving Rajapaksa and his brother Mahinda – the prime minister – isolated. Gotabaya Rajapaksa offers to share power with the opposition under a unity administration led by him and Mahinda, but is rebuffed.

The governor of the central bank, having resisted calls to seek a bailout from the International Monetary Fund (IMF), announces his resignation.

April 5: President Rajapaksa’s problems deepen as finance minister Ali Sabry resigns just a day after he was appointed. The embattled leader loses his parliamentary majority as former allies urge him to quit. He lifts the state of emergency.

April 9: Tens of thousands march on the president’s office, demanding that Rajapaksa resign.

April 10: Sri Lanka’s doctors say they are nearly out of life-saving medicines, warning that the crisis could end up killing more than the coronavirus pandemic.

April 12: The country announces it is defaulting on its external debt of $51 billion as a “last resort” after running out of foreign exchange to import desperately needed goods.

April 18: The president unveils a new government, ousting two of his brothers and a nephew but keeping on his eldest brother Mahinda as prime minister.

April 19: Police kill a protester, the first casualty of several weeks of anti-government protests. The next day the IMF says it has asked Sri Lanka to restructure its colossal external debt before a rescue package can be agreed.

April 28: A general strike brings the country to a standstill.

May 6: After a second strike, Rajapaksa declares another state of emergency.

May 9: The government sends troops onto the streets after several people are killed in clashes between anti-government demonstrators and supporters of the premier bussed in from the countryside, who are accused of attacking peaceful protesters.

Mahinda Rajapaksa resigns as prime minister. He has to be rescued by the military after thousands of protesters storm his residence in Colombo.

Demonstrators torch several homes belonging to his clan around the country as well as the homes of several pro-Rajapaksa politicians.

A lawmaker from the ruling party shoots two anti-government protesters, killing one, then takes his own life during a confrontation outside the capital.

Another ruling-party politician kills two protesters in the south of the island.

The authorities announce a nationwide curfew.

May 10: The defence ministry orders troops to shoot on sight anyone involved in looting or “causing harm to life”. But protesters continue to defy the government curfew. The top police officer in Colombo is assaulted and his vehicle set ablaze.

May 11: Troops and military vehicles have been deployed in the streets of Colombo amid widespread protests against the government over the economic failure of the country. The army said this was done to “ensure public security”, a News First newspaper said in its report.

May 12: Violent clashes broke out between government supporters and anti-government protesters on Monday after the resignation of Mahinda Rajapaksa as the prime minister of Sri Lanka. The residences and properties of the erstwhile PM and his loyalists were vandalised during the incident.