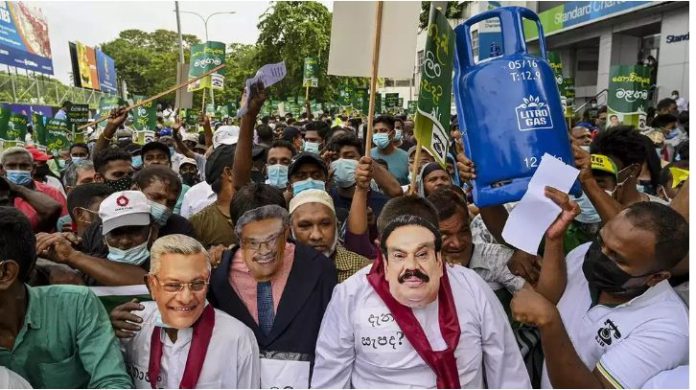 As the Sri Lankan economic crisis worsens and as public turmoil steadily gets out of hand for the government, the entire cabinet of the country (26 in total), except the President and the Prime Minister resigned on Sunday (April 3). Today (April 5) a new Sri Lankan cabinet is expected to be sworn in.

Education Minister and Leader of the House Dinesh Gunawardena told reporters that cabinet ministers, including sports minister and the President’s nephew, Namal Rajapaksa, handed over their resignations to Prime Minister Mahinda Rajapaksa. He proffered no reason for the mass resignation.

The 36-hour curfew, which was imposed amid anti-government protests across the country over its worst economic crisis, was lifted this morning. However, the country is still under the effect of a state of emergency, which was declared after an angry mob surrounded the private residence of President Rajapaksa on March 31.

On Sunday, over 600 people were arrested in Sri Lanka’s Western Province for violating the curfew and trying to stage an anti-government rally. The enraged public has been blaming the Rajapaksa family for the ongoing crisis, with the two brothers at the helm as Prime Minister and President.

President Gotabaya Rajapaksa Monday invited all political parties represented in parliament to accept ministerial portfolios to help find a way out of the country’s worst economic crisis in decades, Reuters reported. A statement by his office read, “President Gotabaya Rajapaksa invited all political parties to come together to find solutions to the ongoing national crisis. Considering this a national need, the time has come to work together for the sake of all the citizens and future generations.”