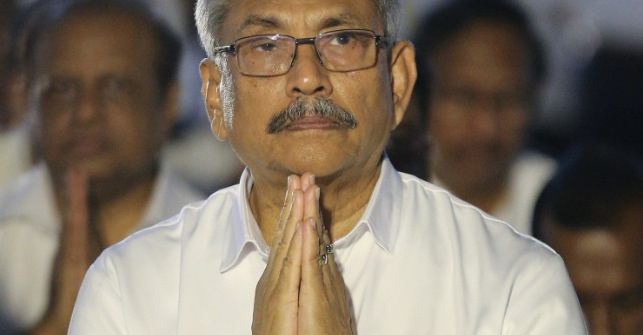 Deposed Sri Lankan President Gotabaya Rajapaksa on Thursday (July 14) left Male (in the Maldives) for Singapore on a special aircraft on Thursday. This is as per a report of the Sri Lankan media. Gotabaya, who escaped a devastated Colombo on a Soviet era Antonov military aircraft on Wednesday, had sent a strange letter to the speaker of Lankan Parliament, advising that current Prime Minister Ranil Wickremasinghe should also take up responsibility as acting president of the country.

Having reached Male (which is less than 800 km from Colombo) with a few family members and staff, Gotabaya put up at the super expensive Waldorf Astoria and the rumour was that he would be seeking refuge in Singapore. His travel to that nation is possibly for that reason.