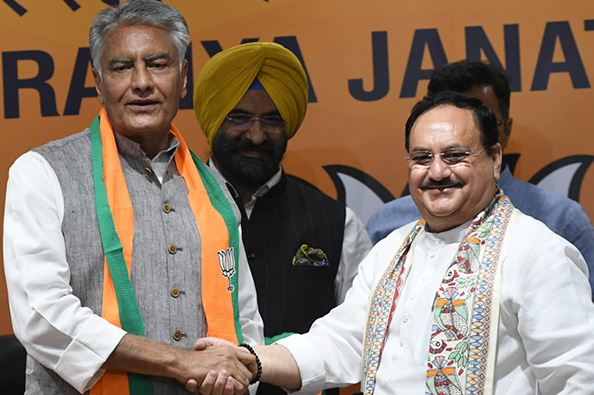 Sunil Jakhar, former Punjab Congress leader and son of eminent politician and Congress leader Balram Jakhar, who quit the Congress a couple of days back has, expectedly, joined the BJP. He joined the right wing party in Delhi in the presence of BJP president JP Nadda.

The 68-year-old leader Sunil Jakhar, who left the position of Punjab Pradesh Congress Committee (PPCC) president in July last year to make way for Navjot Singh Sidhu, was also effusive in his praise for Prime Minister Narendra Modi over a host of issues.

Nadda said: “Jakhar managed to establish an identity away from the party. In Punjab there are issues related to drugs, terrorism and it is important that people who have national interest in mind join the BJP.”

Said Jakhar: “Sunil Jakhar never used politics to break people but join them. The Congress was like a family for 50 years. It was not a personal problem, but issues related to national interest.”

The three-time MLA and one-time MP had been served show-cause notice on April 11 for “not toeing the party line” and making remarks against senior leadership of the party.