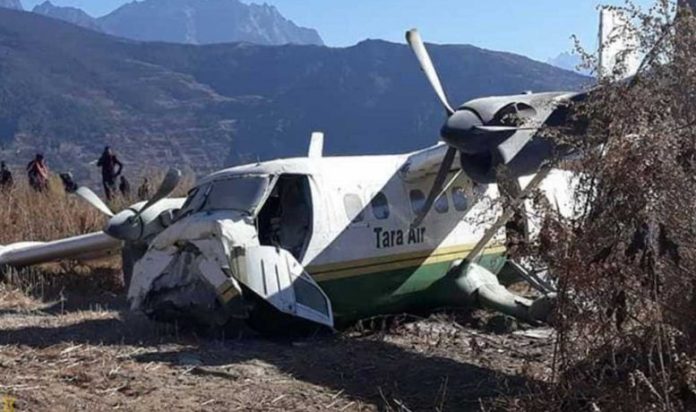 A day after a twin-engine aircraft operated by Nepal’s Tara Air went missing in the mountainous Mustang district after taking off on May 29, rescuers pulled out 14 bodies at 14,500ft in Sano Sware Bhir of Thasang in Mustang district.

The aircraft had taken off at 9:55 am from Pokhara and was scheduled to land at Jomsom Airport at 10:15 am. However, it went missing 15 minutes after takeoff.

The aircraft, which has the call sign 9 NAET, was reportedly carrying 22 people, including the crew, from Pokhara to Jomsom in Nepal. There were four Indians, reportedly from Mumbai, two Germans, and 13 Nepali passengers and a three-member Nepali crew.

The airline issued the list of passengers which identified four Indians as Ashok Kumar Tripathy, his wife Vaibhavi Bandekar (Tripathy) and their children Dhanush and Ritika. The family was based in Thane city near Mumbai.

Voting in UP, Punjab lower than last time