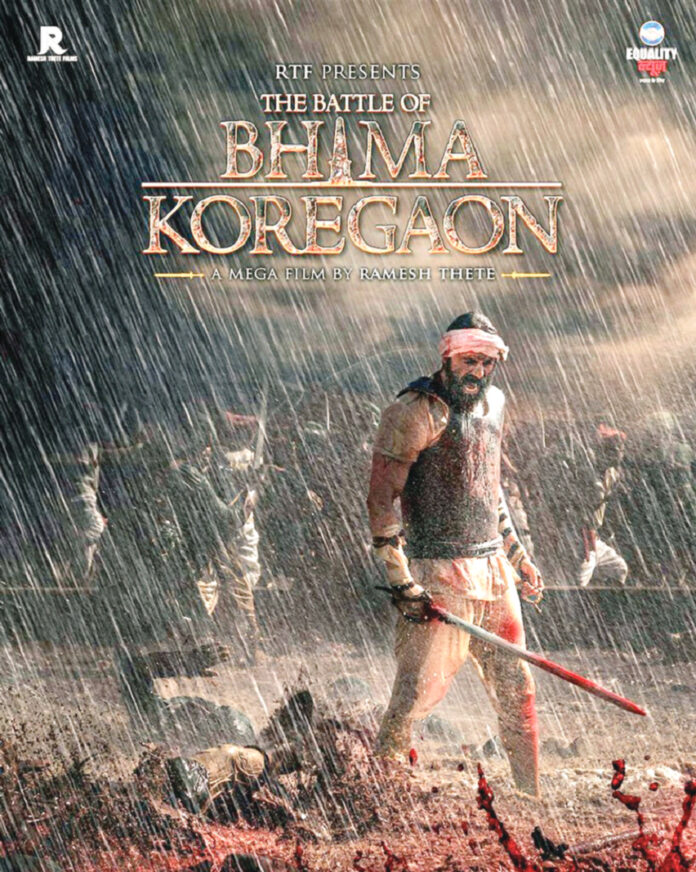 The term Bhima Koregaon isn’t all about recent history. It is certainly not about a court case and arrests, as we have known it to be. It is about a story of valour of the Dalits, from two centuries back in history. It emanates from the Battle of Bhima Koregaon which was fought on January 1, 1818 between the British East India Company and the Peshwa faction of the Maratha Confederacy, at Bhima Koregaon, near Pune.

A movie has now been made, based that history, especially about the pride and valour of the Dalits.
History says that the British force included 500 men from the oppressed Mahar community. These people, scorned as ‘untouchables’ back then, stood strong against a 20,000-strong Maratha force led by Peshwa Baji Rao II (prime minister) of the Maratha confederacy. It was a pitched battle, but the bravery of the 500 stood out in the end.

The British won the battle and the fallen soldiers were honoured with a commemorative obelisk sign at the site. This victory has been a key incident in the history of Dalits (as well as all the race oppressed) in this country and the Dalits celebrate this as one of the major achievements of the community.

The victory was immensely symbolic, being a win for the lower castes. Every year the event is commemorated on 1 January. That was the date when Dalit leader BR Ambedkar, in 1927, visited the site of a memorial erected by the British to immortalize the fallen soldiers.

The bicentenary celebrations of the battle got embroiled in controversy when people from two communities engaged in violent clashes. Arrests and court cases ensued, but the historical fact has not been changed. Still, every January 1, a large number of Dalits visit Bhima Koregaon to commemorate the victory.

On the second centenary of the battle in 2018, there was tension between Dalits and people from the upper castes in the area, resulting in violence. Since then, the battle of Bhima Koregaon has been embroiled in controversy.

The Battle of Bhima Koregaon sees Digangana Suryavanshi and Abhimanyu Singh play Mahar Ladaaka and Peshwa Bajirao II, respectively. The film also stars Sunny Leone in the role of a spy who doubles up as a courtesan for the Peshwas.