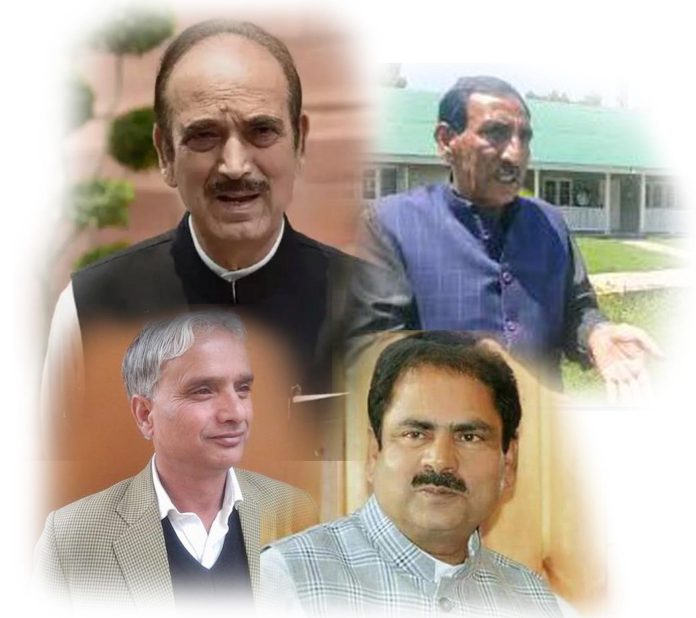 The Indian National Congress’ campaign strategy in Jammu & Kashmir hit a major roadblock on August 17 (Wednesday) when four senior leaders of the party resigned from the party’s proposed Campaign Committee. The decision was taken today by the Party’s High Command in New Delhi, but as soon as the names were proposed, first Ghulam Nabi Azad resigned, which was followed by resignations from Haji Abdul Rashid, a two-time MLA from Sopore, Mohammad Amin Bhat and Gulzar Ahmed Wani.

The effort at Conbress revamp of its structure in J&K has actually ended up damaging it even more.

Made the chairman of the party’s campaign committee, Azad he stepped down from the post shortly after his appointment. He has also resigned from the party’s Jammu and Kashmir political affairs committee.

The reorganisation of the J&K unit was carried out by the Congress as an attempt to rejuvenate the organisation, by bringing rapprochement between the warring factions owing allegiance to Azad and former PCC president G A Mir, respectively. Earlier, many leaders close to Azad had quit party posts in protest against the continuance of Mir, forcing him to resign recently.

The Congress, which won 17 Assembly seats in predominantly Hindu-inhabited areas of the Jammu province in 2002 and 13 seats in 2008, could not win a single seat in the 2014 assembly elections.

It is the first time that both the Congress’s president and working president for J&K are from Jammu. Even Saroori, included in the campaign committee, is reflective of this focus on Jammu. The Kashmir wing has not liked this.