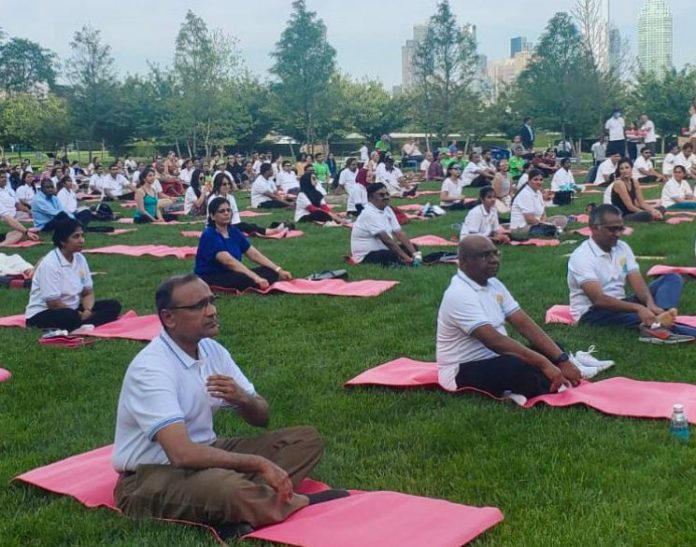 The International Day of Yoga 2022 will be celebrated all over the world on June 21, 2022, to spread awareness about the benefits of yoga for health and well-being. International Yoda Day theme 2022 also educates about Yoga which originated in India thousands of years ago. It is a group of physical, mental, and spiritual disciplines that have been adopted as a lifestyle in present times.

Yoga is an ancient physical, mental and spiritual practice that originated in India. The word ‘yoga’ derives from Sanskrit and means to join or to unite, symbolizing the union of body and consciousness.

Yoga can be an important instrument in the collective quest of humanity for promoting sustainable lifestyle in harmony with planet Earth. In keeping with this spirit, the theme for this year’s Yoga Day celebrations is “Yoga for Humanity.”

Yoga originated thousands of years ago, even before belief systems were born. The word Yoga was also mentioned in ancient literature like the Rig Veda. The idea of International Yoga Day was conceived by Prime Minister Narendra Modi, who proposed the concept on September 27, 2014, during his speech at the UN General Assembly.