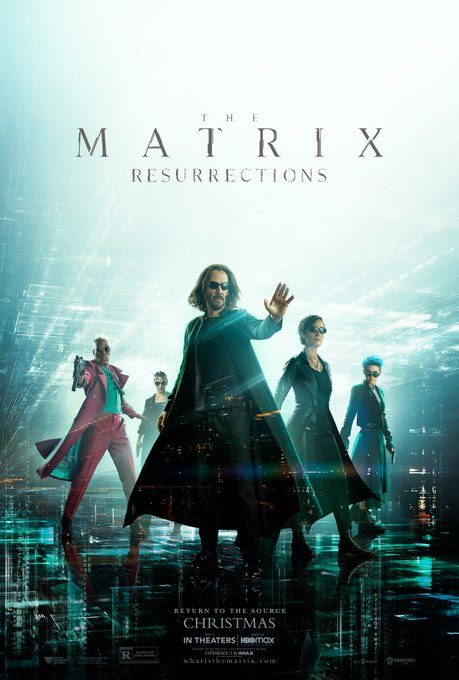 Twenty one years ago, the world was astounded by the idea presented by the movie The Matrix and a theory of the world they lived in. The idea was such a massive hit that several spin-offs of the idea appeared soon after. Following a super successful series, the movie was given a decent burial. Or was it?

Now comes The Matrix: Resurrection,a movie which is being termed as not a remake, or a reboot or a reimagining. It is being called a revival. It should showcase a new world of the matrix, maybe not quite as one has seen it before. Of course, Keanu Reeves survives, because he IS the icon called Neo. Also, for Indians there will be the pleasure of watching Priyanka Chopra again in a Hollywood super movie, this time as a sort of soothsayer.

Before that, we need to look at Neo. Now he wears the John Wick look, something today’s viewers are more accustomed to. Also back will be Carrie-Anne Moss as Trinity, and Pinkett Smith is back as Niobe. Niall Bernhardt is as Agent Johnson from The Matrix Reloaded, and Lambert Wilson returns as Merovingian, a smuggler of information, from Reloaded and The Matrix Revolutions.

Priyanka will be in a role originally featured as a child in ‘The Matrix Revolutions’. She will be playing the grown-up version.

The trailer hides more than it reveals, though it is understandable that Neo, is again summoned by Thomas Anderson, and returned to the Trinity Matrix program, but they do not remember each other or their past lives.

Anderson’s psychiatrist is prescribing a steady supply of blue pills. When Neo stops taking the pills, he begins to notice that things are not as they seem. The Alice in Wonderland allegory makes an aggressive return not only there is a background song of Jefferson Airplane and a broad reference to Lewis Carroll’s Alice in Wonderland, the book given to Anderson by Priyanka Chopra, a soothsayer of sorts. The Resurrection adds new faces, such as Yahya Abdul-Mateen II as Watchmen, Candy man and Iron Fist’s Jessica Henwick.

Review
Entertainment Weekly called The Matrix “the most influential action
movie of the generation. On review aggregator Rotten Tomatoes, the film holds an approval rating of 88% based on 155 reviews; The Matrix is a smartly crafted combination of spectacular action and groundbreaking special effects.