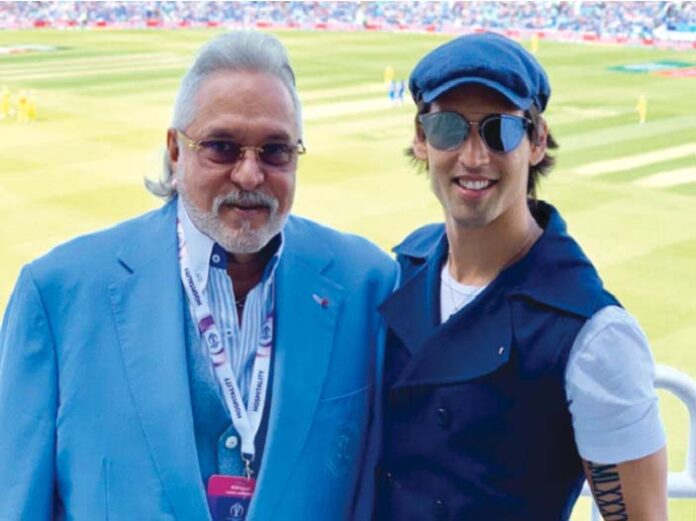 As it turns out Sidhartha has penned his memoirs and the book, called ‘If I Am Being Honest’, has been published by Westland Publications, a section of Amazon. To be frank, as one reviewer writes, it is honest. As honest as revealing issues of his depression and his struggles with it, living with OCD, how his parents’ divorce affected him and even why he quit drinking. Of course, you presuppose thaty was drinking, in the first place.
How does Sidhartha address himself? As an actor, of course. Actor? Again, for the uninitiated – and that seems to a large number of us – here are some details of him. He is termed an “Indian-American actor and model”. Hello? Wait a minute. Did not his father Vijay gift him an entire company on his 18th birthday? So what happened?
Never mind. Here is a little more about Sid Mallya, the name in which he is registered at the Screen Actors Guild. That’s his stage name. So what has he been acting on? He has appeared in a sex comedy film entitled Brahman Naman, we are told. He has also hosted an online video show, appeared as a guest judge and host on the Kingfisher Calendar Girl selection show, and worked as a model. The Kingfisher calendar girl show, we understand.
Back to his book. He says that he moved into depression in 2016. He says that was a surprise (for him), because the world was seemingly at his feet. Really? Kingfisher ceased operations on October 20, 2012. Wasn’t that depressing enough? Probably not. Strange are the ways of billionaires and sons of billionaires.
For him, his depression seemed more of a personal thing, though. He is a graduate from a prestigious drama school – the Royal Central School of Speech and Drama, University of London, graduating with a Master of Arts degree in acting – and at that time had upcoming film projects. The world was opening up for him, but he was feeling low, depressed. So he sought professional help.
That seemingly set him off on a journey of “finding himself” (now, isn’t that a bit to hackneyed?). he seemingly realised all the mental issues that dogged him through his life.
The, possibly, a certain level of success made him look forward again. In his book he has said: “After seeing the success that my ‘conSIDer This’ video series had, I felt I had to continue doing whatever I could to shine a light on mental health, and the best way to do that would be to continue talking about my own experiences in an open and honest manner to show that it is OK to talk about our issues. My book is really about helping people see that it’s OK to talk about our issues openly and embrace our truth.”
So he made it out on his own. Good for him, because his father has a longer and more arduous journey ahead of him, for sure.
Sid made his feature film debut in the Netflix original eBrahman Naman’, which premiered at the 2016 Sundance Film Festival. The book will be released on October 21 in India.