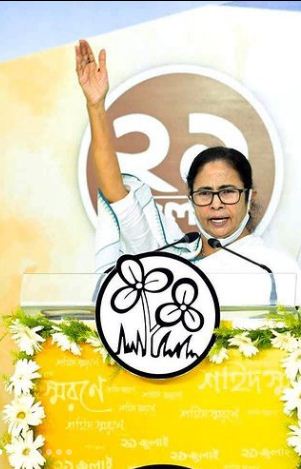 Mamata Banerjee’s Trinamool Congress (TMC), which had a sweep in the recent assembly elections, bettered that at the civic elections of the state, result of which were delivered on February 2.

The party won 102 out of the 108 municipalities, a complete sweep, though there were severe allegations of massive violence and rigging raised by the opposition parties.

While the Communist Party of India (Marxist), or CPI(M), won the Taherpur municipality in Nadia district, the newly launched Hamro Party won the Darjeeling civic body. The Bharatiya Janata Party (BJP), which won 77 seats in the state assembly elections in May 2021, couldn’t win a single civic body seat.

This comes just days after the TMC bagged four municipal corporations – Asansol, Bidhannagar, Chandannagar and Siliguri – which went to polls on February 12. Earlier in December 2021, the TMC swept the Kolkata Municipal Corporation, winning 134 out of 144 wards.

Chief Minister Mamata Banerjee tweeted: “Heart-felt gratitude to Ma-Mati-Manush for yet another overwhelming mandate to us. Congratulations to the winning candidates of All India Trinamool Congress in the Municipal Elections. Let victory enhance our responsibility and dedication. Let triumph impart humility. Let us work together for peace, prosperity and development of the state.”