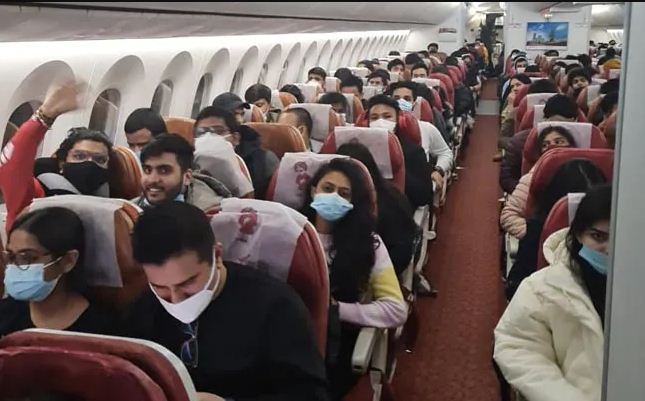 India has started the retrieval of its citizens from warm torn Ukraine. Four Air India flights (now a private airline), of which three will go  to Bucharest and one to Budapest, were set to operate Friday and Saturday to fly back Indians who were being taken there by road from Ukraine. This was needed, because all of Ukraine is now a no fly zone for civilian aircraft.

The move to evacuate Indians through the western borders of Ukraine follows assurances from President Putin to PM Narendra Modi that Russian forces have been instructed to ensure their safety. The timing will be decided as the evacuees reach the eastern European capitals.

Modi will review the situation in a meeting of the Cabinet Committee of Security today. These flights have been chartered from the airline by the government. The government will bear all the cost.

There are nearly 16,000 Indians (mostly students) stranded in Ukraine. By Friday evening, 200 Indians from western Ukraine had been taken to Romania through the Suceava border crossing.