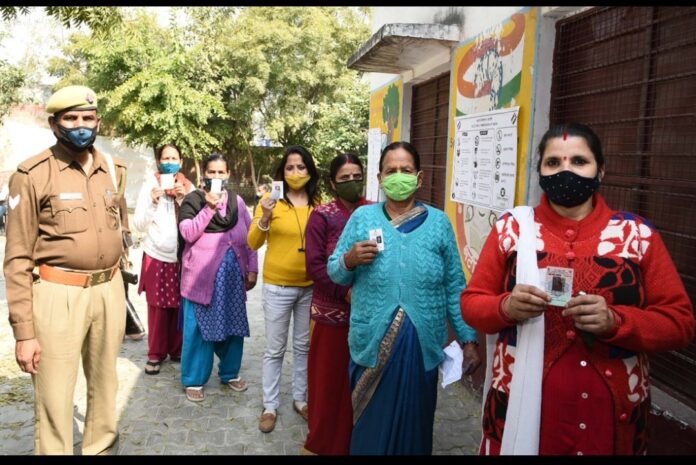 Pilibhit’s voter presence was the highest at 67% while Lakhimpur Kheri, where four farmers were among eight people killed in violence during a farm protest last October ,recorded 66.32%.

Other districts in focus such as Unnao had a below-par turnout of 55%. Hardoi, where PM Narendra Modi campaigned for BJP on Sunday, reported 57%. Fatehpur’s 57.9% though lower than the average for the fourth phase.State Capital Lucknow recorded 60.5% voter turnout. A total of 624 candidates and 2.13 crore voters are in the fray for 59 assembly seats.

In the fourth phase, polling will be held in Rohilkhand, Terai region,Awadh and Bundelkhand regions.

As many as 800 companies of paramilitary forces and over 60,000 policemen have been positioned for security across 59 assembly seats of Uttar Pradesh. Voting will be held at 13,813 polling stations and 24,580 polling booths in 208 police station areas.