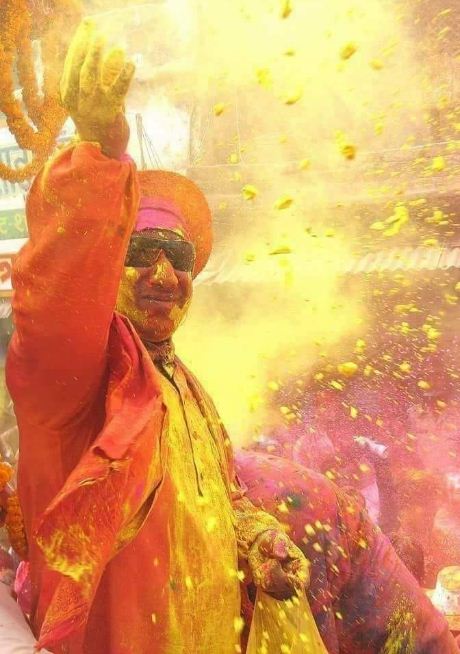 The exit polls, released on the night of March 7, were not number-prefect, but gave the right direction, especially for Uttar Pradesh and Punjab. Seasoned experts and journalists were at a loss to explain how the Bharatiya Janata Party (BJP) and the Aam Admi Party (AAP) managed the sweeps. If the agencies conducting the exit polls could get a fair picture of the trend, why could expert reporters not? These reporters have been covering polls for years, if not decades, and it is at the final hurdle that they always topple.

One can call out the failures of the BJP, led by Yogi Adityanath in Uttar Pradesh. One can cite the Covid deaths, of the hundreds of dead bodies in the Ganges and in the Yamuna, of deaths due to lack of oxygen, of the illegal shootouts and killings of criminals by security forces, of the Hathras rape and the cover up. But look at this: not only did the mother of the Hathras rape victim also lose in the polls, memories of worst days during the reign of Akhilesh Yadav may not have lingered. Akhilesh, too, waited till the last four months before venturing out of his air conditioned palace and into an air conditioned prachaar rath, but by then it was too late.

And to give due credit, Yogi did spend money and effort in development projects in Purvanchal, even though western UP was a neglected. He did provide a sense of security to the women, something that was completely missing during the time of Akhilesh or his father Mulayam Singh Yadav. On can gauge this disenchantment in the fact that 16% more votes were polled by women for the BJP. That is a big shift.

Also, even though the women centric prachaar of Priyanka Gandhi: ‘Ladki hoon, lad sakti hoon” and her promise of more women in administration could have gelled with the fairer sex, the overarching disenchantment with the Congress probably did her in. Also, it was inexplicable to the public why she herself did not stand for elections, or why the Congress did not present a Chief ministerial face.

The Congress leadership, it seems, is risk averse. It wants to appropriate all the gains and refuses to own up to any adverse effects of their own campaigns. This is not a sign of strength, not to the public.

The main issue
This, amid the BJP landslide in UP and the AAL landslide in Punjab, the main issue lies in the ineffectiveness of the Congress. The entire Congress setup is slowly being reduced to a regional party, and within a decade, it might exist only in history books and archives.

That is, if it does not undergo a complete overhaul, or throws out the raja-praja system of intra-party governance. Only two states remain with the party, Rajasthan and Chhatisgarh, and it ‘rules’ in alliance in Jharkhand and Maharashtra. The last two are in name only, with barely any say in the functioning of the government.

Rajasthan goes to the polls late next year and Chattisgarh selects a new government around the same time, November-December 2023. The way things are going, the last two Congress bastions may also disappear, with to the BJP or to another regional party.

Numbers, however, are just indicators. They do not tell the inside story of this 136-year-old Grand Old Party. The degeneration has happened through years of lack of attention to details, of how the state units have functioned, of how much resentment has grown among grassroots workers.

There have been allegations from local satraps that when they have even managed to get an appointment with Rahul Gandhi (and that seems to be a difficult task), the eternal Prince of the party, spent the entire time of the ‘interview’ playing with his dog instead. Rahul Gandhi has been missing in action on several occasions, with reports coming in of his Italy trips. These do not go down well with local leaders or the starving population of the country.

One has to remember the complete lack of Congress strategy in Delhi. When Chief Minister Sheila Dikshit lost and the Aam Admi Party (AAP) took over, the Congress was already tottering and the BJP had already become the biggest competitor to the AAP. Yet, Dikshit and then Ajay Maken, spent their time launching into tirades against Arvind Kejriwal & Co, instead of concentrating on rebuilding the Congress, already in dire straits.

There are no permanent friends or permanent enemies in politics. Any tactical alliance with the AAP could have kept Congress within reach of the seat of power. Petty issues, instead, filled their minds.

Similar was the situation in West Bengal. Mamata Banerjee and her Trinamool Congress were roaring through the ballot boxes, and were sure to win. Till very late, Mamata had retained her soft corner for the Congress (her parent party) and for Sonia Gandhi. The Congress had no chance in the state, but Mamata still wanted some tactical support from Sonia, to stop the incessant shouting from state party president Adhir Chowdhury.

Possibly the Delhi model was what gave Punjab hope. It wil be a big task for Arvind kejriwal & Co to try and replicate that in this big state.

Not only did the party – the elections was being managed by Rahul – pay no heed to her requests, it renewed its attack on Mamata and made things difficult for her, especially in the northern district of Malda. Strategically, this made no sense at all.

The result was, not only was the Congress wiped clean off the face of this state, but Mamata adopted a stance that saw her actively campaigning against the Congress across the country. One cannot blame Mamata for that.

Hara-kiri
The effort at hara-kiri of the Congress was seen in Rajasthan as well. Following the bungled case of Jyotiraditya Scindia in Madhaya Pradesh – he finally left the Congress and is now a virtually non-functioning Union minister (aviation) – Sachin Pilot was pressured to toe the line of an ageing Chief Minister Ashok Gehlot in Rajasthan. Sachin is supposedly a ‘buddy’ of Rahul, but he is also the son of Rajesh Pilot, once a heavyweight Congressman, soiled in the anti-Sikh riots case. Sachin’s case was badly handled, and it was only the Congress’ good luck that he did not leave too. He will be posturing for the CM’s post in the next elections for sure.

The biggest bungle, of course, was in Punjab. Amarinder Singh, the incumbent CM, may not have been a popular leader – this was proved when the Raja of Patiala lost his home seat to AAP’s Ajit Pal Kohli by 19,873 votes – but he was able to control the factions within the party. He managed that, till Navjot Singh Sidhu came to the fore, of course. And it was, again, Rahul Gandhi, who stoked the fire of discontent, by promoting Sidhu to state party president. The rest is ugly history.

Amarinder may not have won his seat, but what he effectively managed was cut Congress votes in Patiala.

Later, Congress leader Randeep Singh Surjewala tweeted an explanation which, for the lack of any other appropriate word, can only be called stupid. He said: “In Punjab, Congress presented a new leadership through Charanjit Singh Channi who is son of the soil, but the entire anti-incumbency of 4.5 years under Captain Amarinder Singh could not be overcome and hence people voted for AAP for change.”

Amarinder tweeted in reply: “The @INCIndia leadership will never learn! Who is responsible for the humiliating defeat of Congress in UP? What about Manipur, Goa, Uttrakhand?

“The answer is written in BOLD LETTERS on the wall but as always I presume they will avoid reading it.”

The entire Congress party risks becoming the butt of jokes across the country, and least because of Rahul Gandhi’s oddly smiling picture on social media, enjoying a sundae before results were announced. It is because, time after time, it has failed to realise that the party has completely lost connect with the common man, the grassroots. The party leaders have no idea which way the wind is blowing, forget which way it might tomorrow.

AAP and the BJP have huge tasks at hand, or building and rebuilding states, while the Congress’ task is of rebuilding the party. The group of 23 – alleged rebels – met in Delhi soon after the defeat, but could not come up with any plan of action towards rebuilding the party or against the current leadership.

Meanwhile, either the AAP, or the DMK, or the Trinamool Congress could position itself as a national alternative to the BJP, toppling the Congress for good.