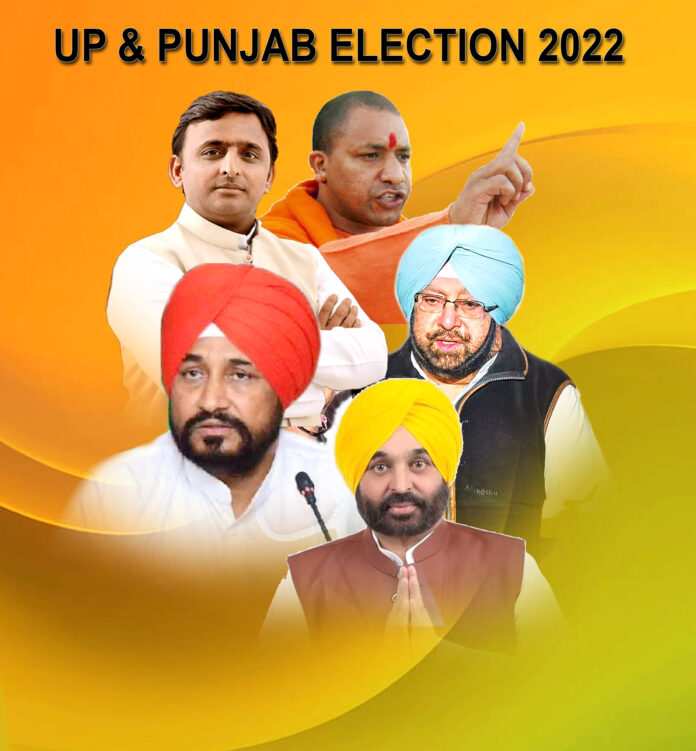 There was trouble and allegations and counter allegations in certain parts of UP, with Samajwadi Party (SP) alleging discrepancies in the Electronic Voting Machine (EVM). The party claimed that the Voter Verifiable Paper Audit Trail (VVPAT) issued a slip of the BJP even when their leader had cast a vote for SP. The ECI said that it found the complaint baseless.

Out of the 29 seats in the Yadav belt, the BJP won 23, while the SP could win only six. The BJP had secured a clean sweep in Bundelkhand by winning all 19 seats (49%). In Bundelkhand, 13 seats of Jhansi, Jalaun, Lalitpur, Hamirpur and Mahoba districts will vote in the third phase on February 20, while six seats of Chitrakoot and Banda districts will go to polls in the fourth phase on February 24.

The Karhal Assembly seat, from where Samajwadi Party chief Akhilesh Yadav is contesting, will also go to the polls in this phase on Sunday. The BJP has fielded Union minister S P Singh Baghel from the seat.

Chief Minister Charanjit Singh Channi’s constituencies, Bhadaur recorded 71.30 per cent and Chamkaur Sahib recorded 68 per cent voting. He is fighting from both seats.

Over 2.14 crore voters were set to decide the fate of 1304 candidates to elect 117 new members to the 16th Punjab Legislative Assembly. As the ruling party Congress looks to retain power in the state, it faces a challenge from Aam Aadmi Party (AAP), SAD-BSP alliance, BJP-PLC alliance, and a new party -Sanyukt Samaj Morcha- floated by some farmer leaders.

In the 2017 Punjab Assembly polls, Congress won an absolute majority in the state by winning 77 (38.50% Voting Share) seats and ousted the SAD-BJP government after 10 years. Aam Aadmi Party emerged as the second-largest party winning 20 (23.72% Voting share) seats in the 117-member Punjab Legislative Assembly. BJP and SAD alliance Secured 20 seats (25.24% voting share), in which The Shiromani Akali Dal (SAD) could only manage to win 15 seats while the BJP secured 3 seats.