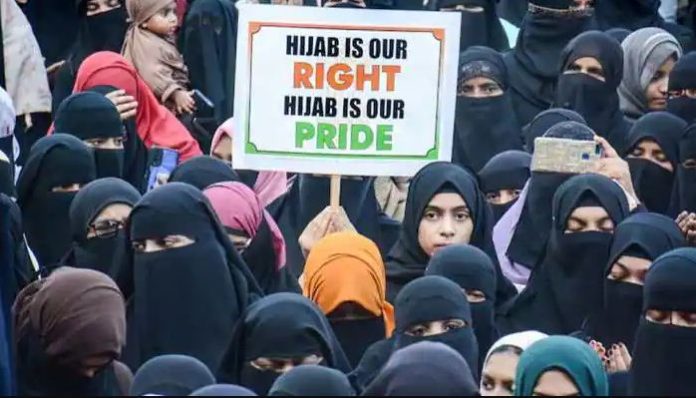 Karnataka’s Ameer-e-Shariat (head priest) Maulana Sagheer Ahmad Khan Rashadi has called for a state-wide bandh today (March 17) against the Karnataka high court’s recent order upholding the government’s ban on religious clothes including hijab from educational institutions. The cleric has appealed for a peaceful bandh. Members of Jamaat-e-Islami Hind have supported the bandh call.

In a video message he said: “I request all the Muslims to listen to the order read out here attentively and implement it strictly. Expressing our anger against the sad order of the Karnataka High Court regarding hijab, tomorrow on March 17 there will be a complete Bandh across the Karnataka State for the entire day.”

The court’s decision is against Shariat, says Ali Jaan, vice-president of Stephen Square Merchant Association in Shivajinagar. Various educational institutions have already declared a holiday for their schools and colleges today.