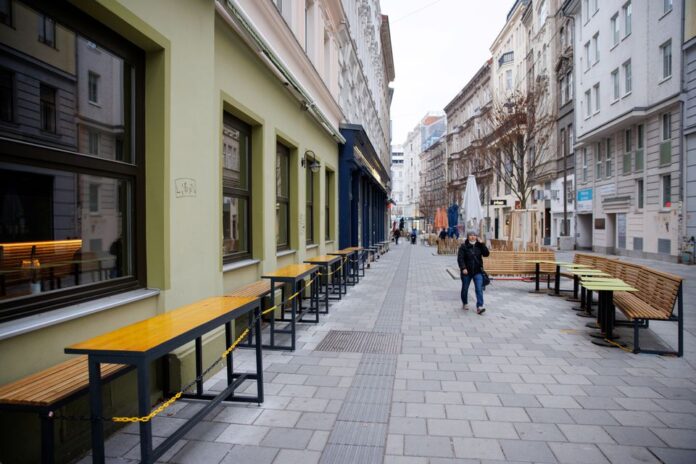 While the Novel Coronavirus (Covid 19) seems to be slowly diminishing in previously devastated countries such as India, it has not only seen a tremendous resurgence in Europe, with Austria already having imposed a total lockdown and Germany having threatened similar action, but the new variant Omicron is of major concern now. These are developed nations, where vaccination rates have been high and social distancing norms, during the pandemic were maintained with care.

At the same time, scientists had originally been surprised to find that, apart from South Africa, African nations in general had not been severely affected by Covid, despite early warnings that these were the countries that will be completely devastated by the pandemic. The reasons for this are not known – vaccines in these countries are still in short supply – and scientists believe there could be genetic issues. This idea has been modified a bit of late, with the new B.1.1.529 variant (Omicron), spreading fast in the southern regions of the African continent. Nop deaths have been reported so far due to this new variant, but with the huge number of mutations observed, it is being said that normal vaccines may not even work. Pfizer and other major vaccine makers of the world aren’t sure whether vaccines will work against this new variant.

However, as far as the original variants of the disease (including the Delta variant) was concerned, the African experience, sort of, runs in the face of the prevalence of other pandemics, such as Ebola. Those diseases saw huge fatalities in that continent, though it was, fortunately mostly contained within that continent.

As for Europe, experts are trying to find a rationale behind this resurgence of the disease. As for Austria there is a small problem. Covid vaccination was not mandatory so far, and vaccine hesitancy was supposed to be one of the reasons. So Austria has said that Covid-19 vaccination would be made a legal requirement from February next year.

German Chancellor Angela Merkel is also worried. She has said that tougher restrictions are needed to be put in place to restrain the continuing spread of the coronavirus. The pandemic has been ravaging both countries and it has been affecting other European countries as well, such as the Netherlands and Slovakia. Slovakia has now barred non-vaccinated people from accessing any non-essential stores or shopping malls. The country’s authorities have also asked people without vaccination not to attend any public event or gatherings, and would need to test themselves at least twice a week even to just get to their work.

The scare of the resurgence of the virus – and this is even before the advent of Omicron – has been around Belgium and the United Kingdom as well. Studies have found that Europe is currently reporting nearly two-thirds of all new infections worldwide. The World Health Organisation recently warned that if tougher measures were not put in place immediately, half a million additional deaths could take place by next February.

What are the reasons?
The infections, despite high rate of vaccinations, are attributed to several factors that even Indians need to keep in mind. It is being said that authorities may be lulled into complacence by the prolonged lull in infections, aided by high rates of vaccination. But it has to be kept in mind that these are no guarantees that the infection or the virus has been eliminated. Europe is a burning example of that.

What happens is that people are always eager to get back to normalcy, start work in a regular fashion and quickly, the systems of social distancing sanitising and washing of hands fall apart. This has been seen in China, too. Then, again, the onset of winter in the northern hemisphere has also aided the resurgence and return of the virus, according to experts. It may be recalled that the virus actually started spreading in winter climates and when it had reached critical mass; even the searing summers could not stop it.

The indoors issue, too, has been dealt with by experts. People are indoors because of the winter – very low temperatures in certain countries or regions – and also during the lockdowns. However, the difference in such indoors is stark. While during a lockdown intermingling is minimal, in winter guests do come over and the safety rules are done away with.

The deceptively calm European summer was actually more dangerous, as people and even the authorities relaxed their vigil against the virus. As the winter approached, the resurgence gained momentum.

In short, the virus hasn’t been eliminated. Let us be frank about this, let us accept this. Safety still remains the primary position.

With new corona onslaught comes ‘Omicron’
As the resurgence of Covid in Europe and other countries get stronger, there is further trouble brewing from South Africa with a new, mutated strain, called the B.1.1.529, a variant, now being called a “variant of concern (VOC) by the World Health Organisation (WHO). It has even been given a name by the WHO: ‘Omicron’.

Apart from South Africa, it has been detected in two more countries, Israel and Belgium. Botswana and Hong Kong are the other countries where the variant has been found.

The fear is so strong that stock markets have reacted in panic, across the globe, crashing to even 5% in some cases. This is a new, fast-spreading corona virus variant could potentially be more dangerous than even the Delta variant.

The WHO has said that 100-odd genome sequences of the variant have been reported so far. Many of the infected people were fully vaccinated, with at least one person in Israel having also received a third, booster, and dose of vaccine.

Meanwhile, considering the improving situation, India had announced resumption of routine international air services from December 15. Now it has said that it would step up screening of flyers, especially those from affected countries.

Even before the new variant, the Delta variant was creating more trouble in many European countries. Some are calling it the third wave and in some it is even being called the fifth wave. However, lockdowns, again, seem to be the need of the hour in these countries which neither lack the vaccines nor the advanced healthcare systems that require treatment. Infections, even deaths are mounting and scientists are in a quandary, trying to find the reason.

Here is a lowdown of incidents across the globe in the recent past.

Govt imposes strict guidelines and rules for international arrivals in view of Omicron
The following are the travel advisories issued by the Government of India in the backdrop of the prevalence of the new B.1.1.529 variant (Omicron), which was first found in southern African nations.

The deadly variant, with up to 50 mutations, has now been detected in several European nations and even up to Hong Kong. Several countries around the world have imposed strict travel bans and India has now also issued strict regulations. The countries assigned at-risk by the government are South Africa, China, the United Kingdom, and European countries, plus Bangladesh, Brazil, Botswana, Mauritius, New Zealand, Zimbabwe, Hong Kong, Singapore and Israel.

The new guidelines come into effect on December 1.People on international arrivals will now have to upload their 14-day travel history and valid negative RT-PCR test reports (not more than 72 hours old) on Air Suvidha portal before embarking on their journey to India.

Passengers from countries categorised as ‘at-risk’ will have to undergo testing on arrival. If the passengers test positive, their samples will be sent to INSACOG for genomic sequencing and they will be sent to institutional quarantine. If they test negative, they will be asked to remain in home quarantine for seven days following which they will take a test on the 8th day and continue monitoring their health for the next 7 days.

The Present Guidelines also mandate that 5% of the travellers coming from countries which are not in the ‘at risk category’ will also be tested at random basis at the airports for COVID-19.

States has also advice for rigorous surveillance of International Passengers enhanced testing; monitoring the Hospitals of Covid-19 ensuring the argumentation of health infrastructure including undertaking samples for whole genome sequencing.