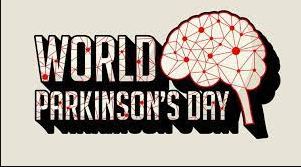 World Parkinson’s Day is observed annually on April 11 to spread awareness about the neurodegenerative disease which has a wide range of symptoms from shaking, stiffness, balance and coordination issues to difficulty in walking and talking. The day also marks the anniversary of James Parkinson who wrote the article – An Essay on the Shaking Palsy in 1817, recognising the disease for the first time.

This year, the 2022 theme for World Parkinson’s Day is “integrated health care,” which is vital for all those living with PD.

The neurodegenerative movement disorder occurs when the dopamine-producing cells in a part of the brain called substantia nigra start to deteriorate. It mainly affects people over 60, although younger people are also at risk. The symptoms of the disease are tremor in limbs, stiffness, problems in coordinating movements, posture problems, and sleep problems. There is much to be still known about this condition.